a. Following the human tragedy of the 2017 Grenfell Tower fire taking 72 lives blamed on Aluminium Composite Material (ACM) cladding, this has rightfully led to a focus on fire safety in buildings across the country.

b. The Government banned the use of all combustible materials on the walls of new high rises in November 2018 (MHCLG, Government bans combustible materials on high-rise homes, 29 November 2018) meaning the problem has now extended beyond ACM cladding to buildings decorated with other materials that could be flammable - including balconies, and wooden panels. However, it did not legislate for building owners to take action or provide sufficient compensation funds to cover all situations.

c. In parallel, the Royal Institution of Chartered Surveyors (RICS) and the UK Council of Mortgage Lenders agreed the industry External Wall System fire review and certification process resulting in what is known as an EWS1 form. Only circa 300 professional fire safety engineers nationally are qualified to issue these - creating a bottleneck across the country including in Southwark.

d. Without an EWS1 form, many lenders are now refusing to provide mortgages. As there is no Government legislation forcing owners to produce EWS1 forms or to take remedial action, many leaseholders are having to battle with owners whether their Local Authority, Housing Associations or private landlords. Remediation costs are also skyrocketing in the £100Ks and many owners are forcing this back on leaseholders via financially ruinous service charges – including impacting those in shared ownership.

e. Subsequently, residents and leaseholders through no fault of their own are being left in potentially ruinous limbo unable to mortgage properties, re-mortgage and therefore unable to buy and sell. Additionally residents are living in fear in homes with no idea if they are safe. This is fundamentally holding up people’s lives, costing our residents money they shouldn’t have to pay and leaving a huge mental health impact.

a. The cladding issue is symptomatic of a wider problem of lack of legislative support for snagging in new build blocks. Snagging is largely left to the responsibility of the residents to take up with the developer post purchase.

b. Snagging of new build buildings (both the private and shared areas) can cause much angst for private and affordable housing leaseholders. Even when financially covered by new build insurance schemes such as the National Housing Building Council (NHBC) certification, leaseholders and residents associations often suffer poor response and cycles of poor quality repairs without solving underlying problems.

c. Councillor casework regularly contains issues around build quality along with a lack of accountability with the house builders. There are signs of much misery and impact on health and well-being for Southwark residents living with issues due to snagging.

a. The combination of this cladding, EWS1 and snagging scandal is having an impact on many Southwark residents but the Council does not have a grip of the size or the scope of the problem including the mental health impacts from living in fear and facing financial ruin.

b. The current industry EWS1 process and public funding of remediation works is not fit for purpose and needs rapid attention to unblock the mortgage process. The Government has largely adopted a ‘hands-off’ approach and insisted that making properties safe is the responsibility of building owners.

c. The Council should not stand by and leave action to the Government and now needs to step in and take action where legally allowed to. It has a responsibility and arguably a ‘duty of care’ to its residents who have innocently purchased modern new build properties granted planning permission by the Council.

a. Sign up the Council to the End Our Cladding Scandal campaign: endourcladdingscandal@gmail.com.

b. Immediately perform an audit and consultation with resident associations of all habitable buildings in Southwark (regardless of tenure ie Council, private, shared ownership, housing association or other) to establish the potential scope of the cladding, EWS1 and snagging issues. This audit should be completed by the end of 2020 with a report back to Cabinet at the start of 2021.

c. Consider options on advice and support including establishing a Cladding and Snagging Hub by March 2021 to provide assistance to all Southwark residents associations regardless of housing tenure ie Council, Housing Association, Shared Ownership or private. The aim being to assist such resident associations in lobbying developers, building owners and claiming Government funds to urgently rectify their buildings. This support team should be proactive rather than reactive.

d. Investigate options such as to redeploy and upskill staff, support and upskill surveyors or other suitable professionals as appropriate, in order to perform more EWS1 assessments. The aim being to accelerate remediation and certification. This may also have a longer term benefit to increasing job opportunities in Southwark.

e. Lobby all private building owners and Housing Associations in Southwark to act immediately in rectifying issues and achieve EWS1 certification – noting that some of these owners may not be the original developer and therefore will need the Council’s assistance to engage and trace such developers or other routes to remedy to avoid any cost to their Leaseholders.

g. Lobby and work with the MPs, MHCLG and the Mayor of London to:

i. Devolve powers to Southwark Council in order to have jurisdiction over enforcing remediation of housing of all tenures and to obtain local control over the relevant compensation funds from the Government for Southwark so the Council can actively support affected residents in Southwark of all tenures.

ii. Adopt the sensible recommendations of the Housing, Communities and Local Government Select Committee that the EWS1 process could be reformed to urgently revise and implement a process (at no cost to leaseholders) that offers clarity to lenders, insurers and peace of mind for homeowners and buyers to re-instate re-mortgaging and property sales provided there is no immediate danger.

iii. Adopt the 10 asks of the End Our Cladding Scandal campaign. 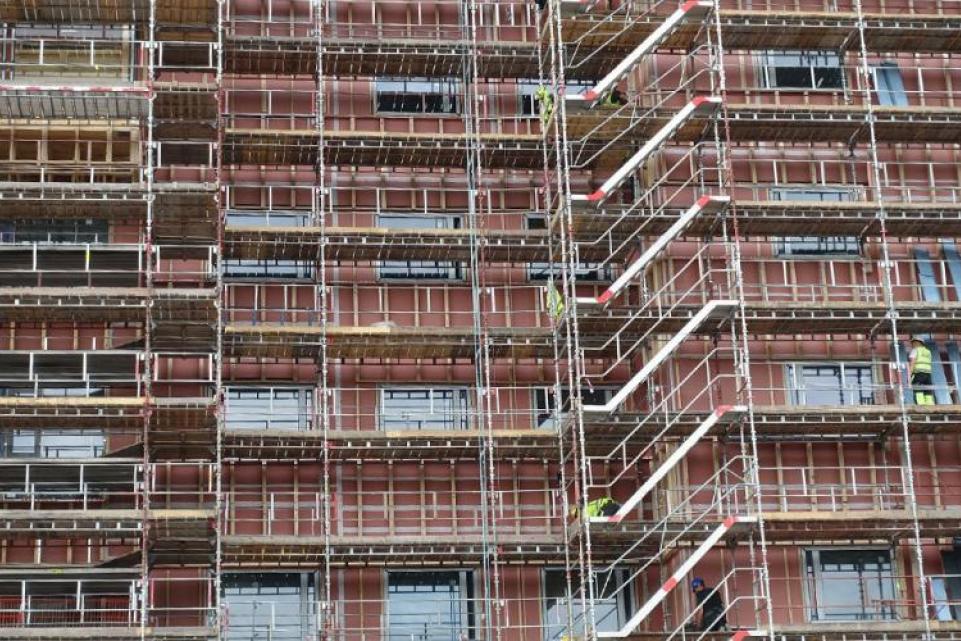 Fighting for tenants and leaseholders rights

This week, Liberal Democrat peers reintroduced this amendment to the Fire Safety Bill and had it passed by just 13 votes meaning the amendment will return to the House of Commons where our MPs will support it once again