Communities could have missed out on nearly 30,000 affordable homes in the past five years if proposed government planning reforms were in place, new analysis by the LGA reveals today. 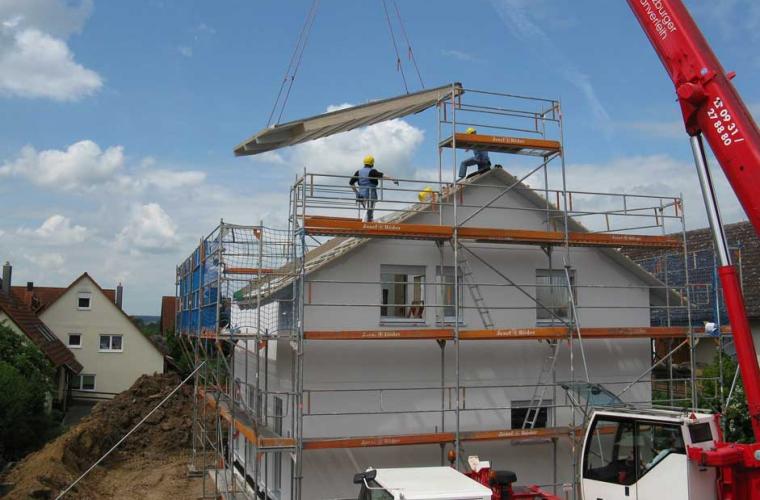 Communities could have missed out on nearly 30,000 affordable homes in the past five years if proposed government planning reforms were in place, new analysis by the Local Government Association (LGA) reveals today.

As part of its wide-ranging proposals for the planning system, the Government is considering removing the requirement for developers to build affordable housing on small sites. It is currently consulting on whether to apply this to sites where the number of homes is under either 40 or 50.

Based on an average of developers being required to make 25 per cent of new housing affordable, this would have included 29,876 affordable homes being built for either rent or purchase. These homes would not have had to be included in developments under these plans, including more than 5,000 affordable homes in the south-east and almost 4,000 in the north-west.

The LGA, which represents councils in England and Wales, is concerned this plan could see the overall amount of affordable housing significantly reduced across the country. It also warns that such a threshold could encourage developers to “game the system” by putting forward proposals of 39 or 49 or fewer homes respectively, on sites which are able to take more, to avoid affordable housing requirements.

For example, under these proposals:

The LGA says this goes against the Government’s ambitions to make changes to the planning system to “deliver at least as much – if not more – on site affordable housing as at present”. It is calling for councils to be able to determine local affordable housing thresholds, rather than being decided centrally, which fails to take into account the wide variation in housing markets across the country.

It comes as latest figures show more than a million households are on council waiting lists and almost 93,000 households are living in temporary accommodation, because of a lack of suitable low-cost housing.

To help address the housing crisis, the LGA has set out how the Government can use the forthcoming Spending Review to empower councils to be able to build significantly more council housing and boost the supply of low-cost homes to rent and buy across the country.

“Proposals to exempt developers from having to build affordable housing on certain small sites are of huge concern.

“With rising housing waiting lists and record numbers in temporary accommodation, we desperately need to be building more affordable housing, not less. We need to build homes that are affordable to local people and help to reduce homelessness, rather than contributing additional funds to developers’ and landowners’ profits.

“These current proposals risk allowing developers to game the system by only putting forward schemes for fewer than 40 or 50 homes, and so avoid building any affordable homes at all.

“We want to work with government on reforming the planning system, which ensures that it is improved and strengthened, delivering beautiful homes and places for communities. But this also needs to see the requirement for affordable housing retained as a key element, by giving councils the power to determine what is right for their local area.”

2. Councils in England face a funding gap of more than £5 billion by 2024 to maintain services at current levels - this figure could double amid the huge economic and societal uncertainty caused by the COVID-19 pandemic. The LGA’s detailed submission to the Comprehensive Spending Review  sets out how £10 billion is needed to not only plug this gap but meet growing demand pressures and improve services for communities.