Local Government Association Chairman, Cllr James Jamison, has been awarded an OBE for services to local government in the 2022 New Year’s Honours. 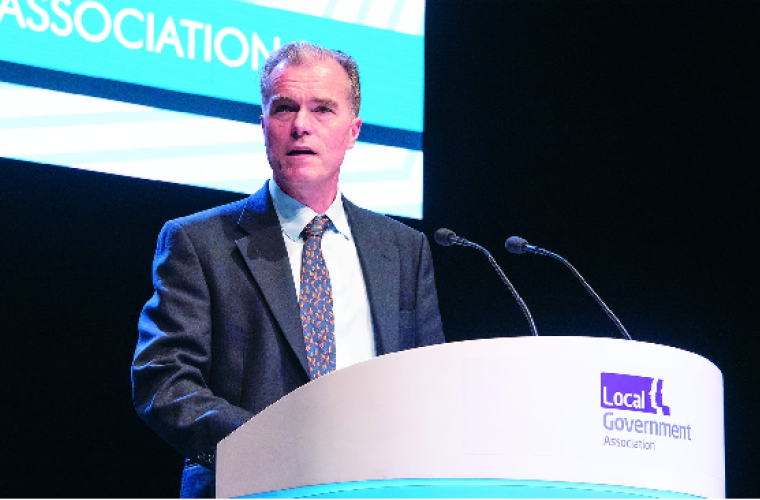 Local Government Association Chairman, Cllr James Jamison, has been awarded an OBE for services to local government in the 2022 New Year’s Honours.

Since then, Cllr Jamieson has led the LGA, working alongside the organisation’s political leadership team in supporting its members and leading negotiations with central government to secure further funding for councils and the day-to-day services they provide which so many people rely upon, including adult and children’s social care, waste services, roads, housing and planning, supporting local businesses and public health.

Throughout the COVID-19 pandemic, Cllr Jamieson has played an integral role in securing government funding that has allowed councils to lead the way in helping to vaccinate as many people as possible, support their local businesses and ensure thousands of vulnerable rough sleepers were able to move into accommodation to protect them from the virus during lockdown.

“Working in local government is a huge honour. I continue to be amazed and impressed by the dedication of all those involved, most notably during the current pandemic. I would again like to thank all those who have worked so hard and delivered for their residents. In particular, the contribution of all my colleagues at the LGA who have gone above and beyond.

“Huge congratulations also to all of those in local government recognised in the New Year’s Honours.”

Cllr Jamieson has lived in Bedfordshire since the mid-eighties. He is a qualified engineer with a Masters degree from Sheffield University and had worked in industry and banking for over 20 years before setting up his own consultancy providing strategic advice to companies.