This is the sixth case study in One Public Estate's 'Unlocking the value in public sector assets', published in 2017.

The Knowledge Quarter, which includes the Paddington Village regeneration scheme, is a central part of Liverpool’s OPE programme of work and is set to become one of the main economic drivers of Liverpool City Region. Liverpool city region’s £23.1 billion economy continues to struggle to punch at its economic weight. Average ‘gross value added’ (a measure of the value generated by an area engaged in producing goods and services) per capita is 75 per cent of the national average and this gap has remained largely unchanged over the last decade. As a result, the city region suffers from an £8.2 billion output gap compared to national figures. Additionally, Liverpool needs to build nearly 30,000 new homes between 2013 and 2033. In order to achieve this, it is essential that all major development schemes contribute to this total.

There are already over £1 billion of new developments planned or underway in the Knowledge Quarter. One Public Estate awarded £170,000 in 2015/16 for consultancy fees and to develop the master plan for Paddington Central. This has informed a strategic framework document for the Paddington Village site, developed and consulted on by Liverpool City Council with its partners. This includes 10 proposed development plots, a multi-storey car park and significant public realm and green space. The site’s first anchor tenant is the Royal College of Physicians, which will establish its northern centre of excellence there.

There are also plans in place for a new train station, making this phase of the Paddington Village development key to the new transport infrastructure for the area. The new station will link to the city’s existing underground network, connecting the Knowledge Quarter to the rest of the city centre and supporting its future sustainable development and growth. There are six site acquisition plots in phase one, five of which are now in the ownership of Liverpool City Council. The outstanding plot, Elm Grove, is progressing through a compulsory purchase order. Kaplan International College is under construction and due for completion early in 2019.

The new Knowledge Quarter is set to provide significant outcomes for the Liverpool city region, including: 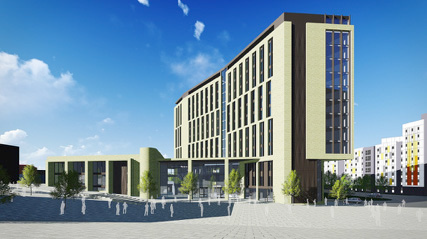 Over the next four years, phase one of the Knowledge Quarter (Paddington Village) project will deliver:

• 8,300 square metres of space for ground-floor retail and hospitality 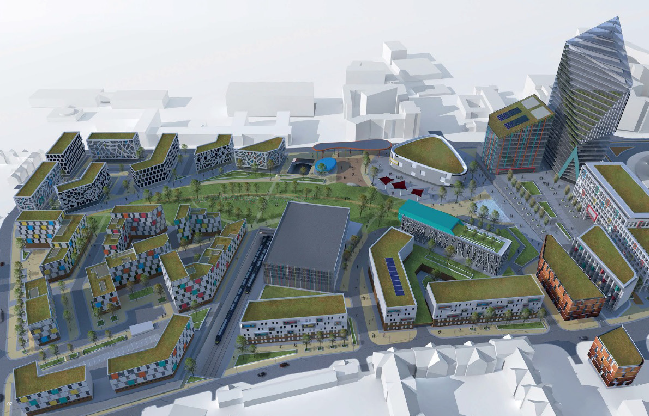 • the new Royal Liverpool Hospital is expected to open in 2019

• Knowledge Quarter gateway regeneration framework to be created in early 2019. 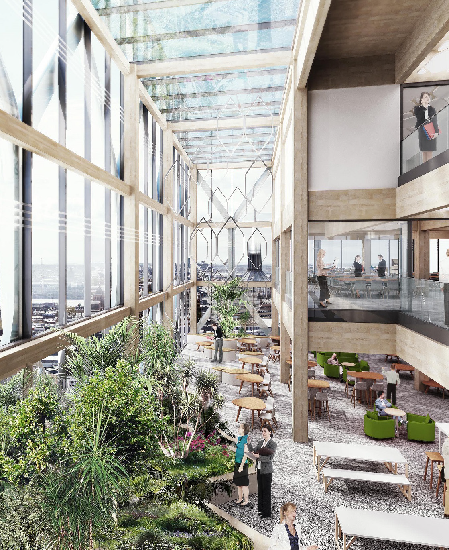