Download presentations from the Department for Transport and Hertfordshire County Council.

Questions and answers from the event

1. One of the difficulties local authorities and bus operators face in preparing their BSIPs is the information on the funding aspects. The guidance said last week that funding guidance would be later in the summer. Can you be more specific? Our operators in particular need certainty and are spending a lot of time on preparing for cuts so they are prepared if/ when CBBSG funding stops or reduces. They need more funding certainty to incentivise them to engage on BSIP.
2. Can you offer some update on how the £3bn funding with be distributed?

Combined answer to 1 and 2

In the BSIP guidance published on 17 May, we have provided some high-level information, but we will issue further guidance on funding and assessment in the summer. We cannot confirm a more precise date at present.

Spending Review 2020 was a one-year spending round setting departmental budgets for 2021-22, including the funding for the first year of the National Bus Strategy work. More detailed information on future funding will only be available once we have completed the Spending Review process with Treasury (probably finalised in the Autumn). In the further guidance on funding and BSIP assessment, we will aim to offer help to local transport authorities (LTAs) on how they can address this issue in their BSIPs and partnerships with operators.

3. How are you going to manage the expectations of rural communities who may expect this strategy will reinstate their axed services?

We expect LTAs to be ambitious about solutions for rural areas, as we would for urban areas. It is for LTAs, in conjunction with stakeholders, will need to determine the most suitable options for their rural areas and to convey this in the BSIPs. LTAs are encouraged to explore options when thinking about how rural communities may be best served and to consider the role of demand responsive transport in improving access to bus services in rural areas. The National Bus Strategy and BSIP guidance is clear that conventional fixed-route buses may not be the best solution in lower-density areas and at less popular times.

4. The NBS reverses the Government’s attitude to local council owned bus companies. Reading council was given as an example where this model has bucked the trend of decline. My authority too has retained ownership of its undertaking with similar results. We are very pro bus. Snag is we are a 'second tier' authority in an area with a transport authority with a less impressive record on public transport. Bus operators could lose government financial support if the LTA's BSIP fails a quality threshold. How do we ensure we do not lose good practice as a result?

The NBS acknowledges that there are some strong performing municipal bus companies, and there will be a review on the question of whether it remains right that local authorities cannot set up new bus companies. In the strategy we note that we will ensure that no operator is disadvantaged through any failure to establish an Enhanced Partnership due to actions beyond their control.

5. Is any additional funding coming to Local Authorities to support EV conversion and carbon reduction initiatives? We need to think of areas where the network relies on support from LAs and where revenue is reducing due to Covid.

The Government is providing up to £120 million in funding for 2021-22 for LTAs in England outside London which could support up to 500 zero emission buses and associated infrastructure as part of the Zero Emission Bus Areas (ZEBRA) scheme. This is on top of the recent award of £50 million from the All-Electric Bus Town or City scheme to Transport for West Midlands.

6. Will MHCLG/DFT give political support to highways authorities that want to reallocate space from private cars to public and active transport? These are hard decisions and often unpopular with drivers.

It is understood that decisions around reallocating road space are challenging. The Government’s NBS is quite clear in its backing for local authorities in taking those difficult decisions and calls for LAs to implement ambitious bus priority schemes. Statutory traffic management guidance will be updated to make promoting bus reliability an integral part of highway authorities’ Network Management Duty. And it has already been announced that the remaining elements of Part 6 of the Traffic Management Act 2004 – which allow local authorities to enforce moving traffic offences – will be commenced this year. It is expected that LAs will make use of those duties and powers. We will also consult shortly on increasing MCAs’ powers over key roads in their areas, where they are not already the highway authority.

Clearly local highway authorities have a duty to all road users, but the message in the NBS is clear that we expect bus users (and potential bus users) to be given a service that works for them. A successful bus network, with suitable priority, is one of the ways that we can attract car users to public transport and help to tackle congestion for all road users, as well as address wider environment issues.

7. Would the department consider a national travel scheme similar to the ENCTS scheme, for students and jobseekers rather than many slightly different schemes introduced across the country?

Around £1 billion a year is spent on concessionary travel in England, and any extensions to the scope of the statutory scheme would further increase costs. As such, there are no plans at present to introduce a statutory national bus travel concession for young people in England, given the pressures on the public finances. Travel Concession Authorities have the option to expand the scheme eligibility to other groups and are best placed to identify which services are most appropriate for support in their respect areas to reflect actual usage. DfT encourages TCAs and operators to work in partnership to decide how best to provide access to these services. Several LTAs have worked with operators to deliver cheaper travel for younger people, with notable increases in bus patronage, which can help to secure bus users into the future.

8. Having read the strategy and guidance in some depth, it seems clear that there has been a fundamental overestimation of the current role of most local authorities in managing the bus network, the data they hold and their ability to identify the gaps in the network. The time available to do this is also very limited. It is this factor more than any other which will limit LA ability to respond with the quality of document that is expected. No matter how much money is offered the time will still compromise the quality. You can have a good BSIP or a rapid BSIP but not likely to get both.

In the timescales, we understand that BSIPs can at this stage only be outline plans – to get everyone thinking about what needs to be addressed, explore potential solutions, and provide an early basis for funding decisions. We encourage authorities to be creative, think about the options available to deliver better bus services, and work to remove barriers to developing successful BSIPs. BSIPs are not “one shot” documents – we expect them to evolve and improve over time as partnerships with operators develop, and as more experience is gained about what works and what doesn’t.

The BSIP guidance is clear that we expect bus operators to work closely with their LTAs, and this includes the sharing of operator data. Where necessary, suitable data sharing agreements will be necessary, such as where data is commercially sensitive.

The Bus Open Data Service will increase the amount of data available on buses. This was launched in November 2020 and the statutory obligation to publish data was introduced on 1 January 2021, with national datasets currently being built for timetables, fares and location.

9. The issue with EPs is that the uncertainty of future patronage is still a commercial risk for the operators who have no need to be ambitious or gamble because they are not really in a competitive situation that forces them to take risks. We could in some instances use gross or net cost contracts to get levels of service we think can be sustained on routes if operators won't commit to them, but this is difficult to legally deliver on routes which are 'commercial' at lower levels of service. It would help if DfT could indicate that this would be valid part of an EP and allow LTAs to use the revenue proportion of the NBS to underwrite risks to entice operators to commit to service levels that LTA's think are achievable through capital improvements and demand restraints. It would involve a competitive tender process rather than a negotiation, but Cornwall have I believe used this in their Bus Devolution deals.

Addressing over and under provision of services will be covered in the revised guidance on using an Enhanced Partnership to deliver BSIP outcomes. We will publish this as soon as possible.

10. Regarding 15 minute bus frequencies in the evenings/Sundays. As successive lockdowns over the past few months have taught us, transport/travel is a derived demand, people will only travel when they have to i.e. if services, attractions and facilities that are open for them to access. So in small towns with limited activities in the evenings/Sundays, running frequent bus services would mean running near empty buses? And who would pay for this?

The strategy does set out a goal for more comprehensive and frequent services, but this will look different when tailored to different needs and geographies. The strategy mentions evening/Sunday services every 15 mins in the context of “key radial routes [in] densely populated areas”. We are not advocating running bus services where there is no demand, but we do want to ensure that people in all areas have access to suitable bus services to get them to key services and places, and to support local economies. In some cases, particularly rural, that could be a demand responsive service.

11. Please can DfT task CPT and national passenger representative organisations with developing a Passenger Charter template, otherwise we will get a plethora of different standards?

We are giving consideration to how we can develop a national passenger charter; however, we are in the early stages of thinking on this.

12. How would you prefer for us to measure improvement (passenger focus, usage, reliability...)?

The strategy/guidance asks for BSIPs to include targets for journey time and reliability improvements, and passenger growth and customer satisfaction. Please refer to page 31 of the BSIP guidance. In particular we consider patronage to be important. You may wish to review DfT’s Bus Statistics for other useful data collected by this department.
Bus statistics - GOV.UK (www.gov.uk)

13. Are you able to give an update on the thinking around BSOG?

As we set out in the NBS, we have committed to consult on this later this year.
In the NBS we say that we will reform BSOG to better meet Government priorities, which will support environmental objectives, levelling up the country, and provide better passenger journeys.
Although we will have to wait for the outcome of more detailed consultation on BSOG modernisation, we are considering:

The NBS (p.45) also says that, in line with previous devolution of bus funding to Transport for London and Transport for Greater Manchester, we will consider the devolution of BSOG, to MCAs and other LTAs who request it. This will form part of wider work to reform BSOG. We would expect LTAs to commit to several things in return, such as on traffic management and environmental interventions. 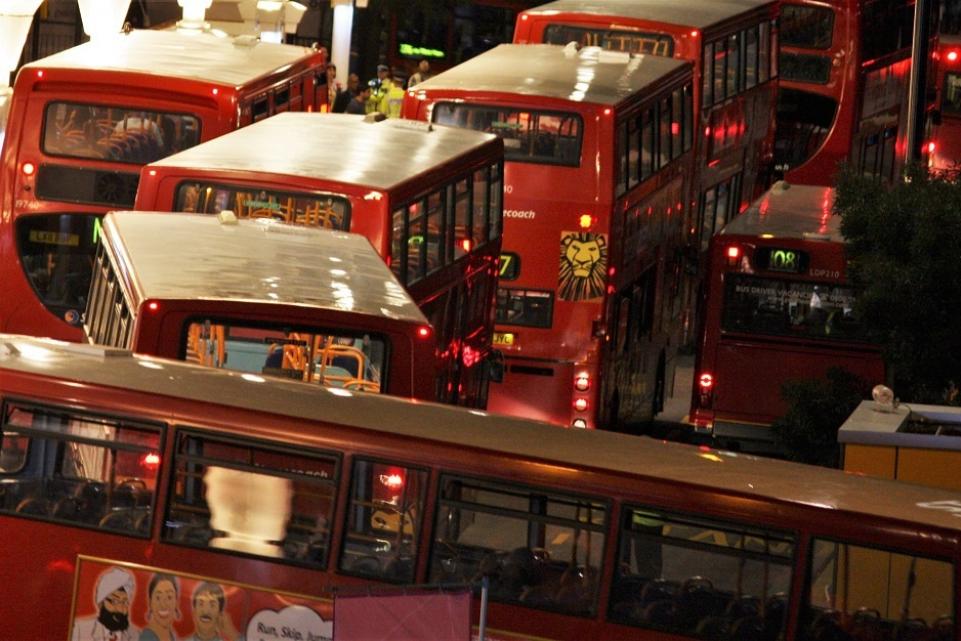 "We are pleased the Government is investing in improving local bus services, and it is good this strategy recognises the important role of councils". 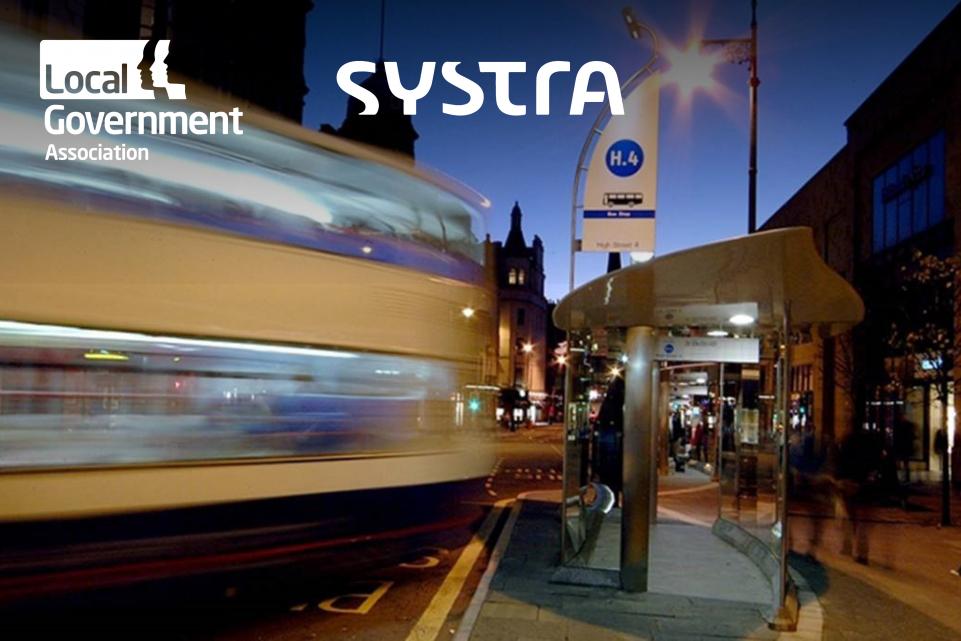 The Local Government Association commissioned SYSTRA Ltd to undertake research to initiate a debate on the future of public transport in England, outside of London, with a focus on local bus services.

Communities rely on high quality transport provision and infrastructure to get on in life.