The LGA Independent Group Executive Committee is the governing body of the Independent Group. Together with the elected Group Leader, Deputy Leader and Treasurer, its appointed members, steer the Group's work, focusing in particular on coordinating policy.

For the year 2019/20 the Independent Group Executive will be:

Attendance at an Executive Committee meeting is a useful opportunity for members to learn more about the work of the Group and the LGA Members are asked to cover their own travel costs. These meetings take place every six weeks, at the LGA offices in London. 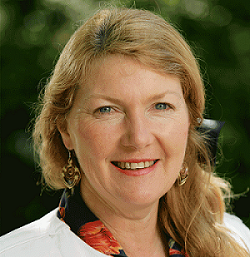 Successfully re-elected five times, Marianne has overseen the Independent Group grow significantly in numbers and influence. The group is now the third largest in number, with over 2,700 well-informed and effective councillors, focused on getting the best for their residents.

Marianne is particularly active on environmental issues, health and social care and education. She is currently on the Planning Committee of both her councils and a past chairman. Her local election votes are among the highest in Lincolnshire and she is well known for her community engagement and determination to represent people directly, regardless of party politics.

After her science degree and postgraduate with the University of London, Marianne taught to A level and went on to a second business career organising and running challenging expeditions for personal development through biodiversity research and helping with anti-poaching patrols in remote parts of Africa. Marianne served as a Governor of the University of Lincoln and Vice Chairman of the PCT Board responsible for health across the County and a £1bn budget. First fighting successfully for a bypass, Marianne was elected to Council in 1995. Marianne has served successfully at all levels of local government, both in coalition control and currently as Leader of the opposition on her Council. Marianne has brought colleagues to succeed in what used to be solid blue areas, and polled a personal landslide at the County Council elections this year, winning against the odds.

Her long running and extensive experience in a range of fields and professions has given her a background of sound communication in education, scientific training and practices that helps in analysing data, experience in management of organisations with substantial budgets, voluntary organisations and small business, as well as an excellent awareness of the fundamental needs of communities. Marianne is a passionate advocate for women in government and was awarded a Fellow of the University of Lincoln and then the MBE in 2015 for Services to the Community.

Deputy Chairman of the LGA and Deputy-Leader of the LGA Independent Group
Epsom and Ewell Borough Councillor
Email: CWoodbridge@epsom-ewell.gov.uk 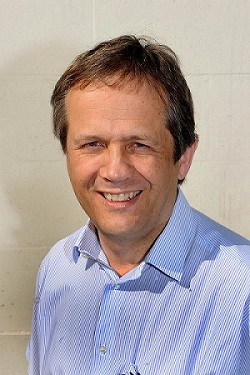 Clive has been a Residents Association councillor, representing Ewell Ward, since 2007. As well as chairing a number of committees in that time, Clive had the privilege of being Chair of the majority Residents Association group on Epsom & Ewell Borough Council for over five years. As a result he is one of relatively few independent councillors that has the experience of effectively leading a local authority.

In his position as Deputy Leader of the Independent Group he is better able to put his experience to good use and create a platform for colleagues which similarly aspire to lead councils. Clive strongly believes in the benefits of keeping local politics 'local', a message that was very well received across the country at the local elections in May 2019.

At the LGA, Clive has built up a considerable amount of experience, serving on various boards. Most recently he was vice chairman of the LGA's Safer and Stronger Communities Board, contributing to the work of this board in a number of areas. Clive has also served on the People and Places Board, the Workforce Board and District Councils Network as the Independent Group representative, and is a member peer.

Married, with three grown up children, Clive has worked as a freelance journalist for over 30 years, specialising in ports, shipping and transport issues. He is a school governor at a local primary school and serves on the committees of a number of voluntary bodies. 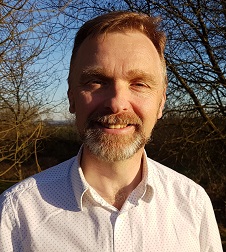 Paul was elected on to Cannock Chase District Council in 2016 and now leads his Group. Paul Chairs the Community Scrutiny Committee, attends Cabinet as a non-voting invitee and serves on the Planning Control Committee. An Alumni of the LGA Independent Group Next Generation programme, Paul works to encourage others to utilise the positive professional development opportunities available to Councillors to improve, refine and deliver positive change in their respective councils.

Within the Community, Paul has established and supports many community groups, building engagement and achieving objectives to bring people together with a common purpose and interest. He volunteers at the Credit Union and library as well as serving as a School Chair of Governors, Trust Board and National Leader of Governance.

As a Councillor Paul is a Chartered Environmentalist and Fellow of the Chartered Institute of Wastes Management, has completed his Master of Science degree for Environmental Quality Management at De Montfort University and has worked in the environmental protection industry for the last thirty years specialising in waste management and regulatory compliance.