COVID-19: download our council resource on tackling domestic abuse during the COVID-19 pandemic, and find more useful resources on our coronavirus hub.

DVA accounts for eight per cent of all crime with an estimated two million victims a year. Victims are predominantly women, with one in four women experiencing a form of domestic abuse in their lifetime. DVA also significantly affects those children and young people who witness such incidents of violence and control. Their experience of DVA can lead to intergenerational cycles of vulnerability and perpetration.

What is the impact of domestic violence and abuse?

The impact of domestic violence and abuse can be devastating. In the worst instances, it results in serious injury or even death. Victims of domestic abuse can not only suffer from physical violence but also of coercive control. Coercive control is a concealed method of power and control used by perpetrators (offenders) that perpetuate an ongoing mental torture of fear, intimidation and humiliation for the victim. There are long term implications for the health and wellbeing of victims, including poor physical and mental health conditions, isolation and often substance misuse.

Children and young people suffer too as a result of such violence and abuse. There is a significant risk to the child's physical, emotional and social development and an increased risk they themselves will become victims of abuse themselves, or even perpetrators.

The following resources aim to raise awareness of the prevalence and impact of domestic violence and abuse but also to support councils to provide or commission relevant services.

Councils show what they are doing to raise awareness of and fight domestic violence and abuse in their communities and regions.

Employers have an important role  to play in society’s response to  domestic abuse. Employers owe  a duty of care to employees and  have a legal responsibility to provide  a safe and effective work environment. Preventing and tackling domestic  abuse is an integral part of this.

Community safety is not just an issue for police and fire and rescue authorities. Councils contribute in a variety of ways. 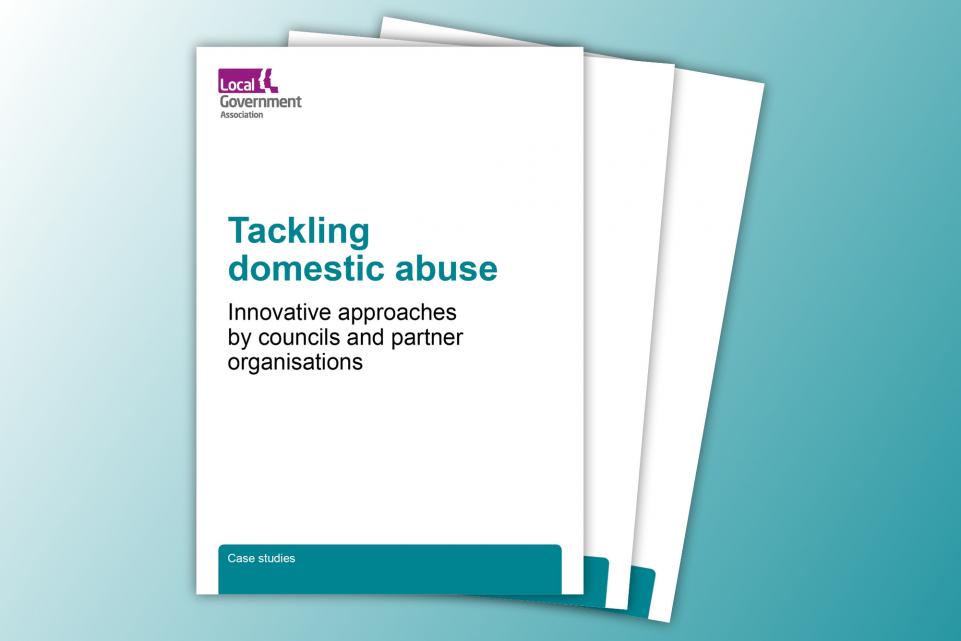 Social Finance, on behalf of the LGA, has produced 12 case studies showcasing some of the innovative approaches taken by councils and partner organisations, to tackle domestic abuse before and during the COVID-19 pandemic.

Local Government Association (LGA) response to the Government’s consultation on the development of the next Tackling Violence Against Women and Girls Strategy, 26 March 2021

LGA response to the Domestic Abuse Bill consultation, 31 May 2018

The purpose of this guide is to help staff to give better informed and more effective support to people who need an adult safeguarding service because of domestic abuse.