Transport for Greater Manchester (TfGM) established the Greater Manchester Electric Vehicle (GMEV) Network in 2013. The network offers free charging for a nominal membership fee, with the costs being absorbed by TfGM. It was decided that the network required a technological renewal and strategic expansion if it were to support the mass adoption of electric vehicles (EVs) across the region and play a central role in improving air quality. 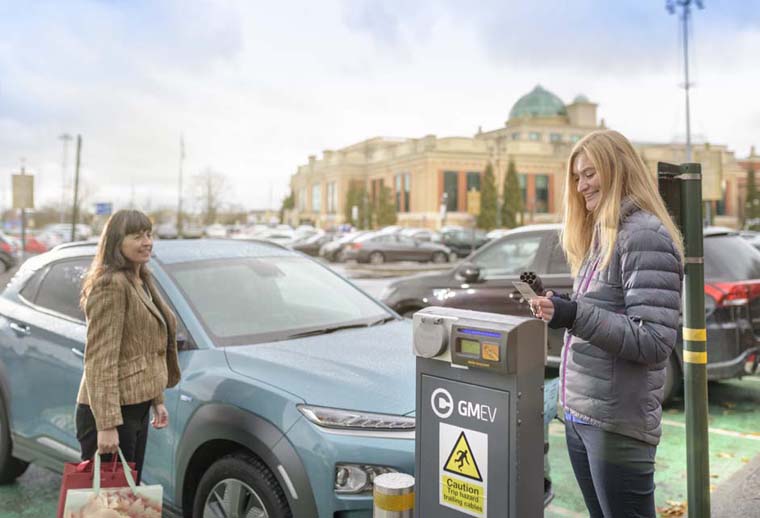 It would have to transition to provide a more stable revenue stream to support ongoing operation and proactive maintenance.

TfGM undertook extensive research and identified that time and cost savings could be made by developing a procurement framework for the entire Greater Manchester region. A regional framework also avoids market fragmentation, takes advantage of economies of scale and results in a more attractive private sector investment opportunity. The GMEV framework contract is available to all Greater Manchester authorities and private landowners in the region. TfGM developed an in-house Geographic Information Systems Electric Vehicle Charging Infrastructure Location Model to assist in identifying suitable locations for charging infrastructure. Public and private landowners have been invited to put forward charging infrastructure requests for mapping. TfGM have nearly completed procurement with a supplier to be mobilised in due course.

The framework will last seven years (with options for two or three year extensions). It is structured into several sections:

As part of their bids suppliers were expected to describe how they would support innovation and social value. This aimed to enhance the quality of the network and reduce adverse impacts on the electricity network.

The procurement exercise is nearing completion and has an ambitious contract which has strong potential to enable the development of a strategic, high-quality charging infrastructure, blending public and private sector finance and expertise.