Our regional peers have written some short articles about what member peer work involves, which you can read below;

Cllr Sir Steve Houghton: what we are looking for in member peers

Local Government performance and improvement has never been as challenging as it is today. Regulation, austerity and a complex devolution agenda means councils are under increasing spotlight to deliver effectively and efficiently.
Moreover, the challenge is for us to be innovative and creative and to be learning organisations.
That of course means learning from one another as well as from other bodies linked to the sector.  It means mutual support and skills transference for both councils and members.
Member Peer work is a key part of this process.
Peers need to be enthusiastic and committed to the sector as a whole as well as having particular skills and experiences to pass on to others for this to work.
An ability to listen, challenge constructively and understand personality and context are crucial attributes for success.
A willingness to work cross party where necessary is also important as many assignments require input of more than one colour.
Confidentiality is also key as being invited into the work of councils and their members is a privilege no matter what challenges an authority may face.
We need members with skills across the whole range of services and particularly those who understand the politics around service provision.
Local Government has suffered 10 years of austerity for many reasons but I would argue it is it’s learning and a willingness to change which has done most to secure its future and that has in turn been built on members and officer peers, working day in day out with authorities across the country.

Cllr Bryony Rudkin: why peer work is so important 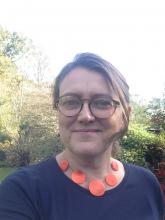 Some 20 years ago when I was first elected I was given the task of closing and reopening a theatre.  Not an easy job but I did it and it’s a great success and the town is very proud of it.
Being a new councillor I might have been wondering where to start, but having worked for a London Borough before being elected and being generally inquisitive, I just picked up the phone and called fellow councillors round the country who sat on theatre boards - have no memory of how I found their numbers in the pre-internet age, but I did and it worked.
The advice I got was invaluable and ever since I’ve believed in the power of peer support networks.
Since then, I’ve been privileged to see what local authorities can offer each other by way of insight and help - peer reviews, mentoring, training workshops, crisis management - you name it, it’s on offer.
In good times and in bad, there’s nothing like being able to speak to people who’ve either been through something similar or are just able to offer a listening ear, without having to explain too much in advance and knowing that there will be understanding at the end, not critical judgment.
By no means is it always about delivering hard messages, (although one or two have been necessary along the way and have been welcomed in the long run).  I’ve seen many good friendships made along the way too and I’ve seen individuals and their councils thrive and succeed.
Whatever the issue is that you might be facing, someone out there has probably seen it all before! 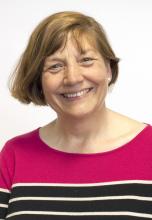 Corporate Peer Challenge (CPC) is a proven and practical tool that Local Government has developed as part of our commitment to “sector-led improvement” – and it does just what it says on the tin. Local Authorities are entitled to a Peer Challenge every four to five years as part of the offer from your Council’s membership of the LGA.
The process only starts when a Council invites it, and the Leadership of the Council scopes out the focus of the review with the LGA. A Peer Challenge Team is put together of senior members, officers, and sometimes representatives of other sectors, and they are invited in and, through a series of interviews, focus groups, reading and testing evidence, then triangulating all this information, objectively assess where your Council strengths are, and which areas need more attention.
Feedback from the huge majority of authorities having a review is they find it really positive. Many go on to use the recommendations to refocus their corporate plan and priorities, to build momentum and capacity for transformation, or to reinforce that they are travelling in the right direction.
So – what is your role in this? First, if your Council is one that hasn’t had a Peer Challenge for more than five years, ask your Leader why not?!
As part of a CPC Team, you will participate in interviews, recording and reflecting back what you hear and see, looking for evidence of performance. It’s a huge privilege to be invited in, and every peer reviewer will tell you that they learn at least as much as the host Council does from the experience. You will pick up great ideas, have very open discussions with sector leaders, and despite the full-on work schedule during the review, you also find space to really think – away from the daily pressures. 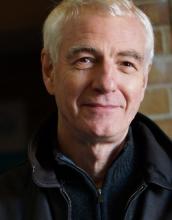 We all learn from experience. In the end it is probably our main source of knowledge. We learn from comparative experience. The benefits of mentoring, if it is well done, is that it can short-cut some, of this learning.
There are a few different types of mentoring:

Mentoring can consist of all sorts of different activities. There can be technical learning such as guidance about budget management and legislative frameworks, mentors can teach problem solving such as how to get decisions through the group or council and problem avoidance, help with understanding why something which sounds like a good idea may have a number of downsides to be circumvented, instruct relationship management which is highly valuable, and simply to have someone outside the council to whom you can offload issues who you know is not going to pass the views on.
But there is another facet. The mentor can gain as much as the mentee from simple comparison, from having to engage with a different set of problems, and from good and bad practice and the perspective it provides on their own authority.
Mentoring, if done well, is a case where both sides gain.

If you would like to get in touch about LGA Labour Group peer support, please contact jasmine.hawes@local.gov.uk.

You can find out more about sector-led improvement, the approach and the LGA Offer, including the opportunity for each council and fire and rescue service to have a corporate peer challenge, at no charge, once every three years.