Getting stuck into community projects is the bit I like best so I have to be quite disciplined to step back, oversee and allow others in the community to lead. 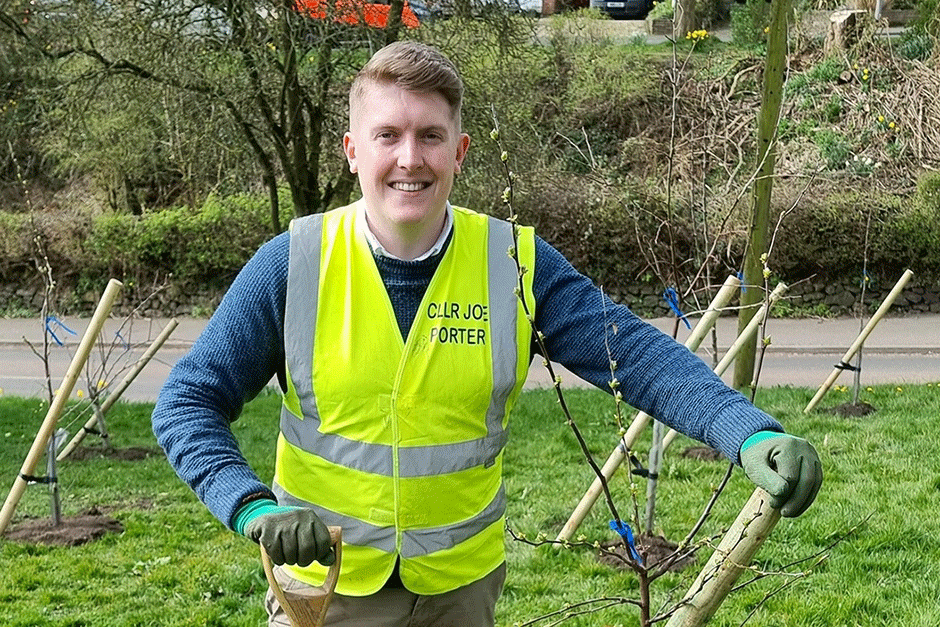 Being a local councillor is about representing your community and making a positive difference. You can’t control everything but you spearhead action in the community - putting together the building blocks, coordinating, overseeing projects, and bringing it all together.

Getting stuck into community projects is the bit I like best so I have to be quite disciplined to step back, oversee and allow others in the community to lead. It’s not easy because you want to be involved. But, for example, we have just set up a Community Speed Watch initiative. I helped get funding, advertised for volunteers, organised training with Staffordshire Police and I do some sessions, but it’s led by a team of volunteers who have campaigned passionately for it.

At the start of lockdown, I noticed lots of people were bored, I had residents messaging me, saying they really wanted to do something positive. So, I set up Food Friends with a couple of people so volunteers could deliver food parcels. I received a Points of Light award from the Prime Minister for my community leadership during the pandemic, but I felt it was an award for the whole village, the whole community, because it was a team of people.

I also set up a litter picking group. The environment is a top priority issue in this area - litter picking improves the quality of the environment and I wanted to harness the passion local people had. I got council officers to provide equipment and funding, the local Co-Op gave funding and local people fundraised too. We now have a couple of Facebook groups and 60 volunteers. I still coordinate overall, organise the larger quarterly litter picks and make sure everyone has what they need but local people really run it.

I work full time as a climate change lobbyist and I am lucky to have the flexibility to work from home, and attend council meetings on Tuesdays at 8am. I take an afternoon off work every few months and sometimes I make up hours. I do a councillor surgery twice a month with the police – we team up at the local shop and community café on Saturday morning and Monday lunchtime during my lunch break. I work around 25 hours a week as a cabinet member including some evenings and weekends because I enjoy the role and can get lots done for the community. However, it’s not essential you do that.

I first got involved in politics at the parish council where I gained the building blocks. At the district council, there are different positions that you can take on. I was made Conservative group secretary straight after being elected. The leader also wanted a young person and somebody with a background in environmental campaigning, so I had a few months to get my feet under the table as a councillor and then got appointed to the cabinet.

As a local achievement, I have been coordinating a community orchard project which aims to plant one in every corner of the district. This has been such a positive thing and one of my favourite projects. Orchards improve the environment, health and wellbeing, bring people of all ages together to learn and be part of enhancing the local area. And all trees are all grown locally, supplied by a local nursery.

Councillors also achieve on wider issues - after declaring a climate emergency, we worked as a team of council officers and councillors to get our heads around the issues, write a strategy, and get the cabinet and council colleagues on board. We focused firstly on the council's own emissions, then on external emissions that we did not have control of – but which we could influence as facilitators and strategic leaders in the local area. And, I'm pleased to say we were awarded second best district council in the country for our Climate Action plan by Climate Emergency UK.