Nearly 700,000 new green jobs could be created by 2030 if councils are given a greater role in local job creation, the Local Government Association sets out today. 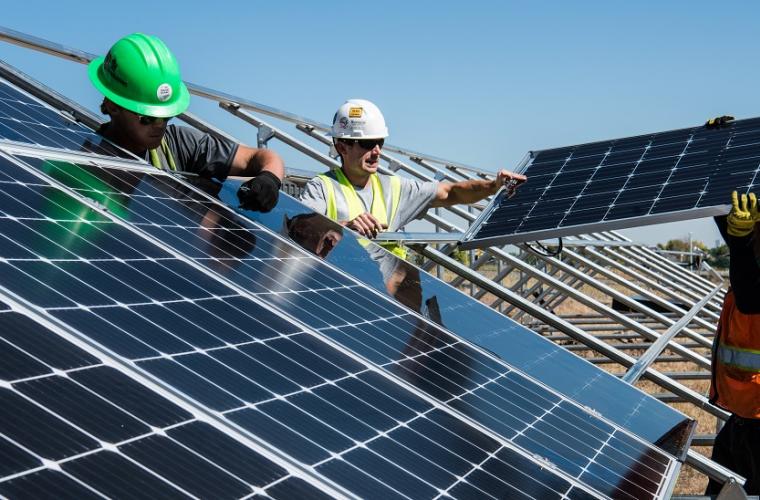 As local government leaders across the world meet in Glasgow for COP26, the LGA said councils are key to facilitating a boom in the green economy, predicting up to 1.18 million new jobs being created in low carbon sectors by 2050 in England.

Some of the largest increases in green and low carbon jobs are projected to be in the North East, Devon and Cornwall and Yorkshire and the Humber.

The LGA, which represents councils in England and Wales, said councils will require local control over skills and employment support, with increased investment to create and secure green jobs for young people and adults.

It is calling for local government to lead on the coordination between all key partners, such as business, training providers, communities and services to ensure the green skills and employment targets are being met in local areas.

Councils are a unique and powerful partner in achieving net zero, able to impact on more than a third of all emissions from villages, towns and cities, such as through housing, transport and the natural environment.

They also have a crucial role to play in driving the green economy. Councils are already driving the climate change agenda at a local level and influence local economic growth plans and skills programmes. Given the right funding and powers, councils and combined authorities can play a vital role to support businesses to develop their knowledge of the skills they will need within their teams to meet their Net Zero targets.

The LGA is also calling on the Government to include councils in the Green Jobs Taskforce recommendations, which will recognise the role that local government should be playing in green skills and employment.

“Beyond the promises and pledges from the international stage of COP26, it will be local governments in cities, towns and rural areas across the world that will be mobilising and driving the collective action required to address climate change.

“As these figures show, with the right tools and funding, councils can help drive a boom in the green economy as part of a just transition for jobs, which will be a huge boost to help the UK transition to Net Zero by 2050.

“The Government has rightly outlined the need to prevent skills shortages during the net zero transition.

“To help meet national climate change targets and capitalise on the green jobs revolution potential, councils need to be given long-term funding, devolved powers and easier access to complex government funding pots to help realise national climate ambitions and ensure that communities are greener places to live for future generations.”

The statistics used in this press release come from the LGA’s ‘Local green jobs - accelerating a sustainable economic recovery’, report designed in collaboration with Ecuity Consulting.

You can read more about the role councils can play in tackling climate change in their community by visiting the LGA COP26 hub.