Early support hubs which allow young people to access mental health support without referrals should be made available nationwide to help tackle a rise in mental health issues during the pandemic, the Local Government Association urges today. 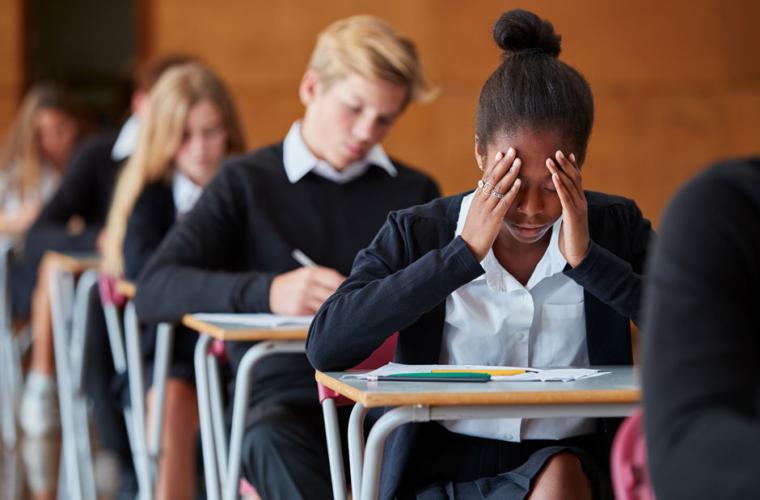 The hubs, which would be accessed without referrals from doctors or schools and offer support up to the age of 25, already exist in some areas. Some of the hubs are reporting social and economic benefit returns of more than triple the money they invested.

The LGA, which represents councils in England and Wales, is urging the Spending Review to provide long term investment so the hubs can be rolled out by councils and local health leaders nationwide. This would enable councils to have a key role in tackling rising mental health issues which they expect to trigger a significant rise in referrals for children’s support services, which could lead to increasing numbers of young people developing serious issues and a rise in clinical interventions.

The hubs, which would prioritise an early intervention approach, would help provide alternative support models to current school-based interventions. They would also help plug gaps in support, especially for those whose needs are not ‘mild to moderate’ - the group that current school-based mental health support teams are designed to support - but also not serious enough to meet the referral criteria for specialist services.

The LGA says councils, which have a lead role in managing the hubs, should be seen as partners in tackling the mental health demand of the population and it should not be seen solely as an NHS issue.

As well as long term and sustainable funding, frameworks will also need to be in place to help establish good partnership working with the NHS and third sector to run the hubs effectively.

More than 190,000 patients under the age of 18 were referred to children and young people's mental health services between April and June this year - up 134 per cent on the same period last year, according to analysis of official figures by the Royal College of Psychiatrists, while an estimated 1.5 million children and young people will need support for their mental health as a direct result of the pandemic over the next three to five years, according to the Centre for Mental Health.

The Children’s Commissioner has said that it is “highly likely that the level of underlying mental health problems will remain significantly higher as a result of the pandemic”.

Councils have demonstrated throughout the pandemic, that they are best placed to deliver services at pace for their local communities, if empowered and resourced to do so. They are essential to helping the Government achieve a shared ambition to level up the entire country and improve people’s lives as part of the post-pandemic recovery, but this cannot succeed without adequate funding and powers.

As well as calling for long term funding to support a national roll-out of early support hubs, the LGA is also urging government to make its £500 million Youth Investment Fund – announced two years ago in September 2019 – available as soon as possible to help councils have enough funding to ensure youth services are available for local young people to help their mental health.

“Councils are concerned that mental health issues will continue to rise significantly, either this year, or in years to come, which could lead to increasing numbers of young people developing serious issues and a rise in clinical interventions.

“It is crucial that early intervention and prevention services are able to help children avoid reaching crisis point in the first place. Making early support hubs available for young people across the country to access mental health support without referrals will help reduce delays in receiving support which risks children and young people damaging their health and needing long-term support.

“Early support hubs can crucially help mental health services for children meet existing, new and unmet demand that has built up during the pandemic, while helping to avoid a potential forbidding COVID-19 legacy of a new generation of young people with enduring mental health issues.”

i-Rock, a partnership between the East Sussex County Council and local Child and Adolescent Mental Health Services (CAMHS), was piloted in Hastings four years ago as a drop-in service for young people aged 14-25. It was launched after a cohort of young people were identified experiencing barriers to accessing mental health services and in response to the practical challenges of reaching more remote areas of the county. Young people also reported being less willing to visit the mental health service based in a hospital setting, due to the associated stigma. i-Rock, which accepts self-referrals, or referrals from families, schools or GPs, focuses on listening to young people and what they perceive their needs to be and helps them to find appropriate support. Young people are triaged and then signposted to the best service available for them. Partnership working between CAMHS and Children’s Services has resulted in fewer young people being re-referred by services. i-Rock operating as a 14-25 service based on triaging has proven to be far less stigmatising for young people to access. Hastings i-Rock was the pilot and following its success, there are now three such services across the county.

Camden has developed Minding the Gap, delivered by a partnership between Camden London Borough Council, the local Clinical Commissioning Group and the voluntary sector, to improve the mental health of young people aged 16-24. The initiative includes a multi-disciplinary team delivered by Catch 22, a voluntary sector organisation from the Hive, which is a youth-based codesigned hub in Camden offering holistic support for young people for a range of needs including mental health, substance misuse, sexual health, employment and leisure. In particular, the project aims to improve the experience and outcomes of transition between CAMHS and Adult Mental Health Service (AMHS) to avoid what is often referred to as a ‘cliff edge’ for young people at age 18. The service has been fully co-designed with young people. Unlike in a traditional mental health service, particularly adult mental health service provision, there is no pre-determined intervention, and the workers have the flexibility to be creative in terms of how they support young people. An evaluation of Minding the Gap has demonstrated cost-effectiveness - the social return on investment is £3.40 social and economic benefit for every £1 invested.

The Integrated Community Response (ICR) service is an initiative run in partnership between Salford City Council, charity 42nd Street, CAMHS and Salford Mind. The ICR was set up to join up NHS and social care services and provide a better service and more rapid support to young people who are in distress. Mental health practitioners from 42nd Street, who are integrated into the council’s early help and social work teams are able to quickly offer short term, therapeutic support for young people to de-escalate issues and hopefully prevent a crisis. It is designed to provide a brief and flexible intervention. The service is also now piloting links to A&E as a discharge intervention pathway. This is part of Salford’s broader package of support for young people, and helping to reduce escalation and avoid longer waiting times for core services and to help reduce A&E presentations. Young people can often access ICR within the same day (maximum waiting time is 3 days). Following ICR’s initial evaluation, it was recognised that the service was a critical element of the integrated health and social care support available to some of the most vulnerable young people in Salford and Manchester*. ICR is now mainstreamed in Salford’s and Manchester’s core mental health service and provided through Early Help Hubs developed in collaboration with the wider integrated system in both cities. Once young people are part of the ICR service they are also invited to join a ‘Changemakers’ programme that trains and supports them to engage in both volunteer and paid work with 42nd street, putting their experience to use and providing peer support to current service users. For now, access to the ICR service stops at age 18, although the team is considering extending access up to age 25.

*This is a jointly commissioned Salford and Manchester service developed prior to the GM Crisis Care Pathway, but service delivery is integrated into local Early Help services