Women who successfully campaigned for the right to vote have been recognised in a definitive list of 100 pioneers published in a special e-book. 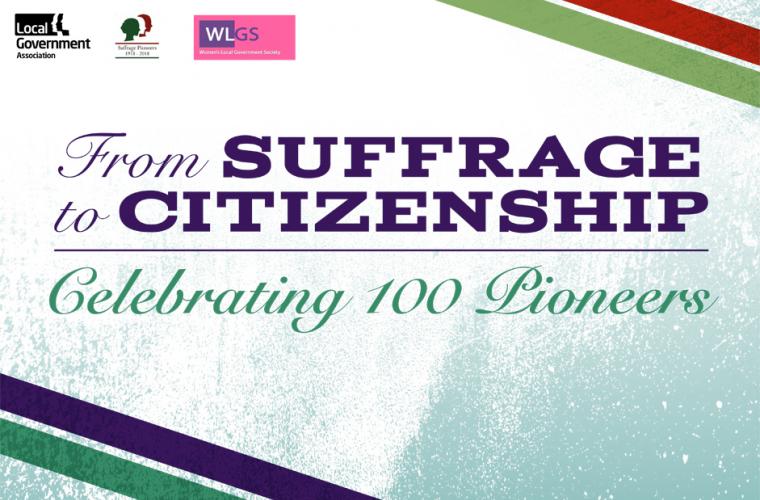 The result of a year-long project by the Women’s Local Government Society and supported by the Local Government Association and councils, the launch took place at Speaker’s House at the Palace of Westminster on Monday 3 December.

Titled ‘From Suffrage to Citizenship – Celebrating 100 Pioneers’, the e-book lists women from all walks of life and parts of the country, many of whom went on to become some of the first elected female councillors, magistrates and mayors, in recognition of their efforts and achievements.

Working with the LGA and campaigners, the WLGS identified 100 women who were active in the campaign for votes, and who went on to use the extended rights to citizenship in a positive way locally. The work of these pioneers in this e-book will be used to encourage and inspire the next generation of councillors and campaigners.

This publication forms part of this year’s centenary of the 1918 Representation of the People Act, which gave women aged 30 and over the right to vote. Women also gained other opportunities to join in civic life that year, enabling them to become magistrates and extending their right to sit as councillors.

Representatives of many of those that nominated their Suffrage Pioneers also gathered in Leeds on Saturday 24November at an event hosted by Cllr Julie Heselman, Chair of the Inner West Community Committee at Leeds City Council, to share stories about their nominations, their local projects and local celebrations. Several invited representatives from the local Youth Council were also present to hear the stories.

The LGA’s Be a Councillor campaign aims to use the centenary celebrations to encourage people from all backgrounds to consider becoming a councillor.