The council commissioned the charity Tyne and Wear Building Preservation Trust (TWBPT) to complete the restoration of three buildings sitting within at site of a convergence of regeneration schemes on Sunderland’s High Street West.

The council commissioned the charity Tyne and Wear Building Preservation Trust (TWBPT) to complete the restoration of three buildings sitting within at site of a convergence of regeneration schemes on Sunderland’s High Street West. The area is a designated Heritage Action Zone, and funding for the project was therefore more easily accessible from Historic England and The Architectural Heritage Fund. 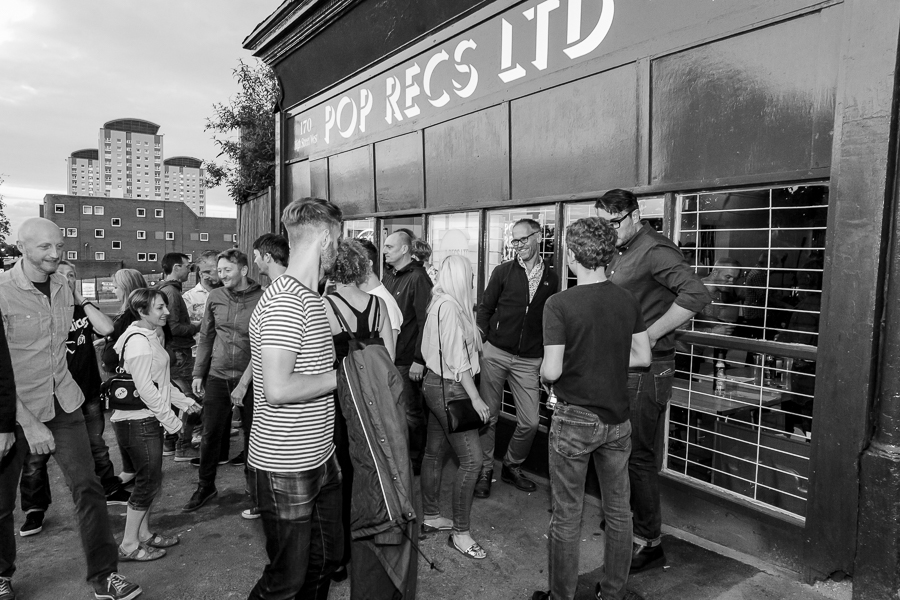 The site in question sits within multiple regeneration schemes, as well as within a Conservation Area, Heritage Action Zone, an infrastructure corridor and gateway to the city centre. The original private owner wanted to demolish the buildings - which had been vacant for some time - to deliver residential use, but was unable to due to the above restrictions as well as the community objecting.

The owner was offered grant money by the council to complete a restoration of the buildings, but did not accept, and the council therefore purchased the buildings in 2018. During this process, the council considered using a Compulsory Purchase Order, but eventually was able to carry out a conventional acquisition.

The council commissioned the Tyne and Wear Building Preservation Trust (TWBPT) to complete the restoration. TWBPT is a charity originally set up by the local authority but independent since 1986. The council transferred freehold ownership of the building to TWBPT in order to attract a funding. Because two of the three buildings are listed, TWBPT received 100 per cent business rates relief.  The third building was in such poor condition that the Valuation Office placed a zero rating on the property.

Given the position and context of the buildings, TWBPT was able to acquire funding through Historic England, and through the Architectural Heritage Fund, as well as a grant from the council. The process of acquiring funding was made simpler through the institutions already being involved in the project development. The Architectural Heritage Fund (AHF) is a registered charity working to promote the conservation and sustainable re-use of historic buildings for the benefit of communities across the UK. Transforming Places Through Heritage is the AHF's main grants programme in England, funded by a £15 million grant from the Department for Digital, Culture, Media & Sport. The programme aims to support charities and social enterprises restore and bring new uses to historic high street buildings and exists within a wider set of interventions aiming to revive high streets in England.

TWBPT began by carrying out emergency work at the beginning of 2018, which allowed part of the space to be used for meanwhile use during a key event that year. The Trust found that meanwhile use was an expensive option in this case, as they had to ensure the building was safe and fit for purpose, which required new electrics, certificates, and temporary events notices. Official restoration work began in January 2020 and is due for completion in February 2021, despite COVID-19 having slowed the pace of work. Once complete, two buildings will be occupied by PopRecs, a record shop, café and venue rooted in the community, and the third occupied by Sunshine Cooperative, a food shop selling local sustainable food produce.

The council did not formally placed any restrictions on use class for these units, it was during the community engagement hosted by TWBPT that the strong response was that they did not want a residential solution to these buildings. The support was for an active use that would bring activity to the street. As the scheme has been grant funded, the anchor tenants will only pay the service charge for the buildings.

The building is yet to be completed, but the impact will be the restoration and use of long-term vacant properties in a key strategic area. The project also informed research for a European project called Open Heritage, which looks at the role of community in restoring old buildings.

TWTBT applied for Lottery funding to add to the grant funding already received but were not successful. This was because the Lottery had already funded a number of other cultural projects in the area that were too similar to this proposal. Lottery funding for this type of project is possible to achieve, but it is very competitive.

By gaining control over long-term problematic properties, the council were able to advance a key site through restoration. The council were willing to explore use of a CPO in order to take control of this site, given its strategic location, but this was eventually not needed.

There are clear benefits in working in partnership with external companies, or in this case a charitable trust, to address local authority capacity issues as well as supporting community engagement.