Heritage has a high profile in Leicester: the city council has a ‘heritage champion’ and local residents have been involved in compiling a list of important landmarks. This case study forms part of the Value of culture - visitor economy section of our online Culture Hub. 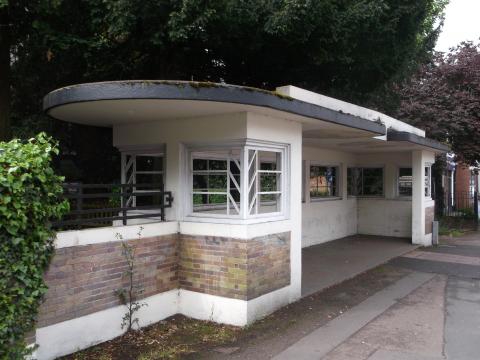 Councillor Adam Clarke has been Leicester City Council’s Heritage Champion since 2013. In this role, he receives regular briefings from officers from both the Arts and Museums and Planning departments. He is a key contact for other councillors, particularly when there are queries about planning and development control matters.

Back in 2011, Leicester’s newly elected Mayor, Sir Peter Soulsby, pledged to prepare a heritage action plan, form a Heritage Partnership and prepare a more comprehensive local heritage asset register or ‘local list’. The local list includes buildings and landmarks that may not meet the national criteria for listed status but are important to the city on a local level, contributing to its character and historic environment. A wide-ranging consultation took place to ask Leicester’s communities to nominate their favourite local buildings or landmarks. The consultation was publicised in the local press, through public meetings and online.

Impact of the activity

The local list now catalogues 380 buildings, parks and archaeological sites and is updated by the council once a year. Among the entries are the Glenfield railway tunnel built by George Stephenson in 1839; a number of Art Deco tram shelters (pictured); St Aidan’s Church (pictured) and a 1960s multi-storey car park, Lee Circle. The list is now used to inform decisions when considering planning applications and development opportunities.

Entries were assessed by a decision panel of three local heritage experts including Councillor Clarke, the Heritage Champion. He was able to support other councillors when local owners approached them with queries about their assets appearing on the list, providing reassurance and signposting people to council officers for more technical information.

Looking to the future

New policy has been drafted for Leicester’s emerging Local Plan on non-designated heritage assets. The heritage grant scheme, administered by Planning, has been extended to include entries on the local list. The list data has been added to the council’s geographic information system (GIS) and has been inputted into site planning briefs for relevant parts of the city. The council’s vacant historic buildings register is being extended to include local list entries.

Leicester City Council has issued a number of Article 4 directions on assets listed, removing a range of permitted development rights including demolition works, extensions and alterations. These directions do not prevent works from being carried out, but planning permission must be obtained first. Several owners who had been considering demolishing properties have now opted for conversion schemes instead.

Participating in the local list initiative has been a fascinating experience. It is rewarding to have helped to provide extra layers of protection to locally significant heritage. More generally, we have raised awareness of the value of the built historic environment and its critical role in the sustainable development of our vibrant and growing city.

Further information on the Heritage Champions initiative can be found on the Historic England website.