How can officers help to position the arts, culture and heritage within their city region? Claire McColgan, Director, Culture Liverpool, Liverpool City Council, shares her thoughts. This opinion piece forms part of the inspiring officer leadership section of our online Culture Hub. 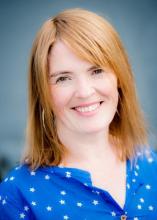 Liverpool was European Capital of Culture in 2008 which, unbelievably to us, was nearly a decade ago. Since that time, we have built on the legacy sustaining the growth of a cultural sector which spans major international organisations, like the Royal Liverpool Philharmonic and Tate Liverpool, through to arts organisations with social justice at their heart, such as Collective Encounters and 20 Stories High.

Just as manufacturing and life sciences are city region assets and key to economic growth, so is the cultural sector. It gives us distinctiveness. Unlike in other city regions, such as Manchester, the cultural sector is heavily clustered in Liverpool. Liverpool City Council invests over £4 million into the arts and events each year, which is increasingly complemented by the private sector and other funders. We are good at culture – the politicians across the region just ‘get it’, not only for its obvious economic value but also, and more importantly, for its aspirational power, the ability to inspire young people and the ability to alter the perceptions of a city which already opens doors internationally with the force of its brand.

Devolution should be about making decisions locally that change the trajectory of a place. That is why we wanted to make sure it was culture at the heart of devolution rather than the other, although worthy, ‘straight’ economic functions like the visitor or creative and digital economy. Culture is all about content, and without content everything else is simply a great marketing tool. If you want to change a place it has to start with people’s stories, and we tell stories well.

It also means that Lottery providers will work with the newly formed Cultural Partnership, which is chaired by Phil Redmond [the TV producer and writer] and brings together different organisations and their resources to support a common cultural strategy. This 30-year strategy is the future of this place, asking challenging questions about education and ambition and joining together health and transport and other big city agendas through culture. This is not about devolving money, this is about creating a shared agenda led by the people who live here.

The other part of the city region’s devo deal is around celebrating the anniversary of 2008. Being European Capital of Culture has had a transformative effect on Liverpool, as on other cities such as Derry/Londonderry and Hull. The anniversary will enable us to look ahead. Yes, there will be blockbuster events, but there will also be major seasons that take the region forward. One of these celebrates China’s Terracotta Warriors coming to National Museums Liverpool but concentrates on new emerging Chinese artists; another looks at the future of work as the International Festival for Business returns to the city for the third time.

Work with our partner boroughs has started by sharing resources and ideas around ambition – not side-lining but embracing the work that goes on outside the city centre, which is exemplified in the work Heart of Glass do in St Helens around socially engaged practice, or the burgeoning festival scene in the Wirral. The opportunities around Southport to build on the success of The Atkinson, a gallery and cultural venue, are immense and complementary to the city’s agenda.

This region is already a world host, from the Open Golf to Aintree and from the Giants [giant marionettes paraded through the city] to some of the best public art in the country. The next 10 years through devolution will enable us to tell more of our story to the world.

This opinion piece has been developed in conjunction with Arts Council England.