Save local services: Council reserves are not the solution

Councils hold financial reserves so they can plan for the future. They often come under pressure to use reserves to plug ongoing budget gaps but using reserves is not the solution to the financial pressures councils are facing.

Councils hold financial reserves so they can plan for the future. Reserves are split in three: 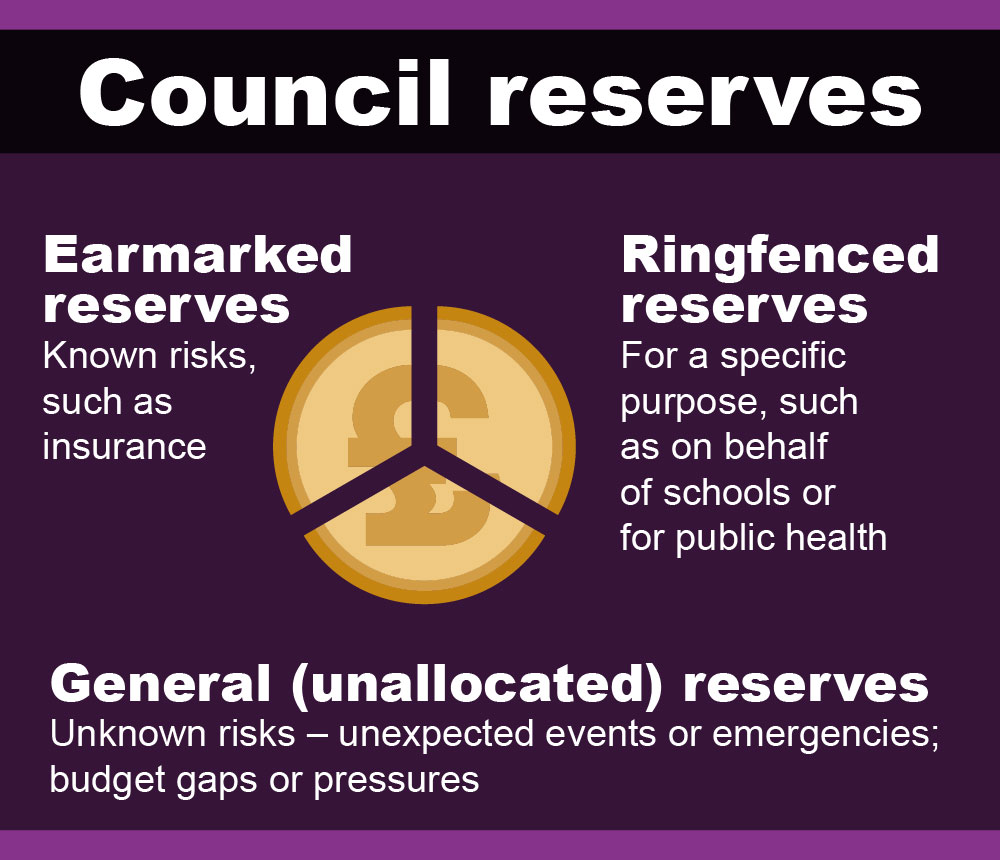 In other words: the money is used to pay for both planned projects, such as renewing the town centre or for harder to predict situations, such as coping with a pandemic, or responding to emergencies like flooding.

Reserves also help councils even out their cash flow. Government grants often cover spending that will happen in more than one year – having reserves lets councils use unspent funding for a specific purpose when it’s actually needed. Such as the money passed on by Government to make COVID grants to local businesses, many of which were allocated in more than one financial year.

Councils often come under pressure to use reserves to plug ongoing budget gaps but using reserves is not the solution to the financial pressures councils are facing.

The dramatic increase in inflation alongside increases to the National Living Wage and higher energy costs, has added at least £2.4 billion in extra costs onto the budgets councils set back in March.

Even if reserves are used as a one off this year to pay these additional costs, if nothing else changes local government will still be facing a funding gap of £3.4 billion in 2023/24 and £4.5 billion in 2024/25.

At the start of the current year councils held unallocated reserves that would cover an average of 21 days spending (less than three weeks) and earmarked reserves (that are allocated for specific risks and projects) equal to a further 121 days  (less than four months). Of course many councils hold less than this, and importantly, reserves can also only be spent once.

Any unallocated reserves held to cover general risks that have been spent will need to be replenished to make sure councils can continue to deliver local services whatever unexpected situations arise. When a council sets a balanced budget at the beginning of the year, by law its Chief Financial Officer must certify that it has sufficient reserves to cover it.

The Government needs to come up with a long-term plan. Inflation is not going to come down overnight and the demand for services keeps going up.

We’re calling on the Government to provide adequate funding for councils and a move away from one-year finance settlements, so councils can continue to keep our communities running. 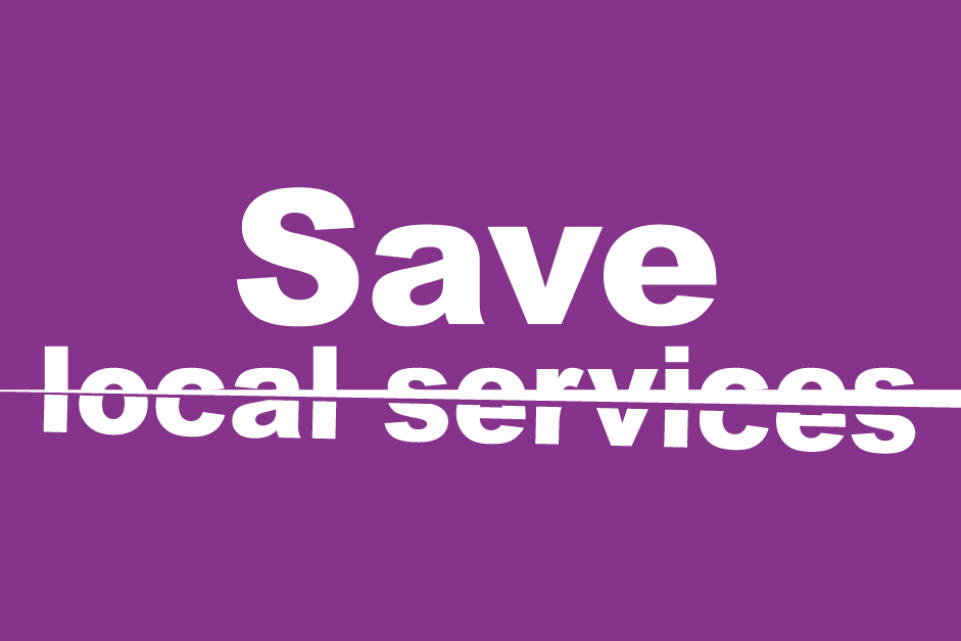 To save the local services we all rely on, councils need adequate funding and certainty to plan their budgets.