Adding an extra shot to someone’s drink without them knowing is spiking, councils and police chiefs are warning students today. 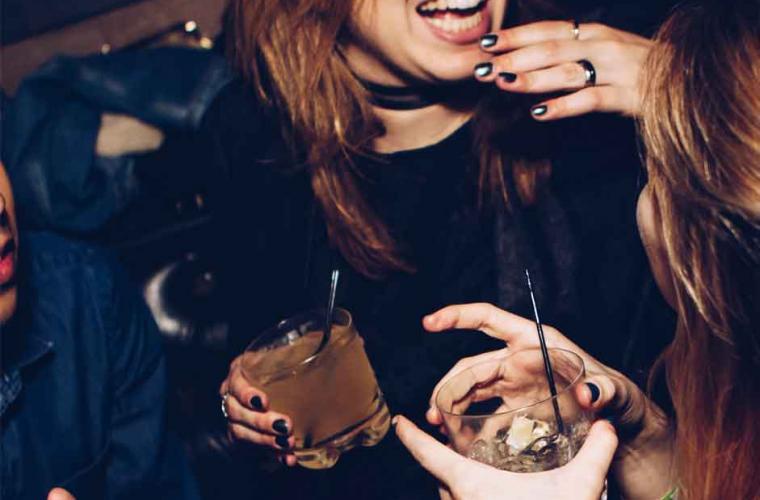 The Local Government Association, which represents councils across England and Wales, and the Association of Police and Crime Commissioners are urging young people to learn about the dangers of spiking and take precautions to stay safe, ahead of the new university term.

While drink spiking has existed for many years, over the past 12 months there has been an increase in reports of drink spiking and needle spiking – a new trend which sees substances administered by needles rather than through drinks.

More than 1,300 reports of needle spiking were made between September 2021 and January 2022 throughout the UK.

As the new academic term approaches, many students will be preparing for freshers week, which is an extremely popular event in the university calendar. Freshers week typically includes themed nights out at local bars and clubs, with many offering a range of drinks for cheaper prices.

While most venues work extremely hard to ensure freshers week stays fun, councils and PCCs are urging students to clue up on the signs of spiking and ways to protect themselves and their friends:

The LGA has also launched new guidance for licensing authorities in a bid to tackle the issue.

Licensing authorities work with venues to help them make improvements following spiking incidents. However, if there are clear and persistent failings at a venue, a licensing authority can take direct action to address spiking through their licensing committee, which has the power to decide to suspend or revoke a premise’s licence.

Where premises have had their licence revoked due to safety concerns and they appeal the decision, they are currently able to continue trading until their case is heard in court. With current capacity challenges within the courts, this process could take months.

As a result, the LGA and APCC are calling for the Government to commit to tightening up this loophole to ensure swift action is taken following a serious safeguarding incident.

Cllr Nesil Caliskan, Chair of the LGA’s Safer and Stronger Communities Board, said:

“Everyone should be able to enjoy a night out without the worry of their drinks being tampered with. We urge all students to make sure they are aware of the risks of spiking and for victims to report any incidents to the police and members of staff at licensed premises.

"Councils play a vital, preventative role by not only working with a range of partners to improve safeguarding measures within the night-time economy but also through the licensing system to address specific concerns against a venue.

“It is good that the Government has taken steps to commit funding for anti-spiking initiatives, but changes are still needed to existing safeguarding measures within the licensing regime to ensure they are effective.”

“Spiking is a despicable and incredibly dangerous act which can have devastating consequences for victims.

“It is also a crime that often goes under reported and that it why it is so important that we encourage victims to report all incidents to the police.

“As Police and Crime Commissioners we are working with our national and local partners to tackle spiking, identifying offenders and provide support to victims.

“Earlier this year a Home Affairs Committee Inquiry into spiking proposed several recommendations to bring improvements to the way spiking incidents are reported and investigated, one of which was to make spiking a separate offence, something which we wholeheartedly support.

“Victims should never feel ashamed or that it is their fault, and it is vital the police are aware so that perpetrators can be identified and brought to justice, and we can prevent others from falling victim to this heinous crime.”

York City Council places a high priority on safety in the night-time economy. The licensing authority adopted a new statement of licensing policy in 2022. The policy encourages applicants and licence holders to engage in national and local schemes that promote customer safety, such as Pubwatch, Ask for Angela, North Yorkshire police’s WAVE training package and registering with Neighbourhood Alert to receive updates on policing matters relevant to the local community and night-time economy.

The licensing team participates in frequent multiagency meetings, involving the police, the BID, licensed premises, the city’s universities and various council departments, to share intelligence, discuss how to make the city safer and coordinate days of action and other enforcement activity. Through these meetings partners identified an issue with university students being vulnerable in the city because of alcohol, as well as an increase in reports of spiking. As such, partners worked with the university to ensure they now have a dedicated team working in the night-time economy who ensure that students can get home safely and receive care when they are at their halls of residence. Additionally, the council has strongly recommended that licensed premises have a student welfare member of staff present on student nights who are able to support anyone who needs help. These members of staff are trained in how to support someone who has been spiked, are able to help care for students and will call emergency services where required. The council also worked with licensed premises within the city centre to co-produce the code of conduct which is displayed in licensed premises to give a clear message to customers about what conduct will not be accepted within the venue. This has been a helpful tool in tackling anti-social behaviour in the city centre.

Oxford City Council has recently reviewed and approved a new statement of licensing policy which has a specific section on spiking. The council is working closely with Thames Valley Police to tackle predatory behaviour and sexual offences, and they have a procedure in place for when an officer suspects a case of spiking when out on enforcement operations. The policy also states that the council expects applicants and licence holders to take several measures to ensure the safety of their customers and prevent spiking. These include having a written safeguarding and vulnerable person or duty of care policy, and to adopt such schemes as Ask Angela. The policy requires all members of staff to be suitably trained on the duty of care policy and be able to identify and respond to potential spiking cases, including collecting evidence, contacting the police and facilitating any medical attention if necessary. The policy recommends that anti-drink spiking products are made available to customers as well as forensic kits that include drug testing equipment.

Bristol City Council has a range of tools to tackle spiking and harassment in the night-time economy. Partnership working schemes are clearly highlighted within the council’s statement of licensing policy, and the policy is clear that it will add conditions mandating measures such as CCTV and staff training where appropriate. The policy also states that the council expects licensed premises to have regard to customers who may be vulnerable due to drink and/or drugs.

The council also launched a drink spiking campaign in partnership with Avon and Somerset Police, licensed premises and the Bristol City Centre BID. The campaign aims to improve reporting, increase prosecutions, create a consistent response across licensed premises and ensure that victims of spiking are looked after and taken seriously. The team has developed posters and other assets that venues can display to raise awareness. Crucially, these assets are designed to ‘fit in’ with the surroundings in a licensed premises to increase the likelihood of them being used. The campaign has had some early successes. The materials are in 157 venues across the city, the police have allocated a dedicated resource for forensics testing as well as developing a clear process on how to deal with reports, and the campaign has successfully raised broader awareness of spiking amongst the public. Moreover, there was an arrest for spiking within the first four days of the campaign launching.