LGA: More than a million young people in England could be missing full-time education

More than a million young people in England could be missing formal full-time education, fuelled by significant gaps in education legislation, rising child support needs and a lack of funding, the Local Government Association warns today in a new report. 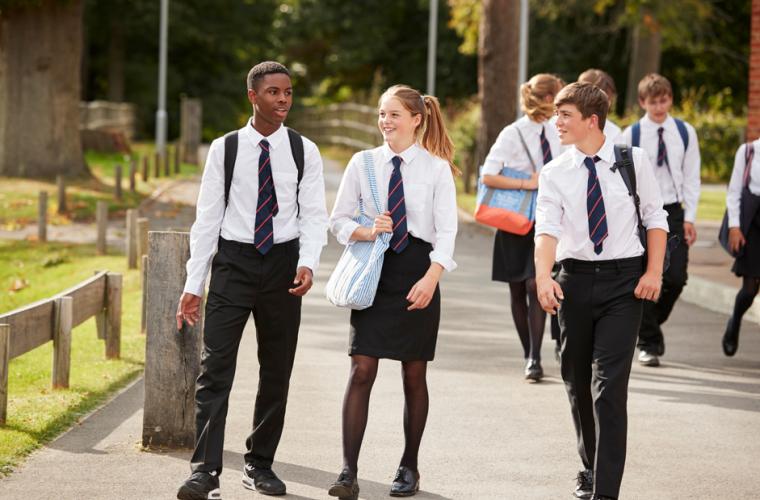 It stresses that the safety net that schools and councils provide to ensure that children do not miss out on their entitlement to education is stretched to capacity, exacerbated by a lack of resources and powers available to councils to fulfil their statutory duties – which risks getting worse as a result of the pandemic.

Some councils have reported increases in home education registrations of more than 200 per cent for September and October, compared to the same period last year, fuelled by parents choosing to home school their children because of safety fears and increasing numbers of pupils having to stay out of school and self-isolate.

Although many parents provide good home education, the LGA is concerned that COVID-19 has led to increasing numbers of children receiving unsuitable education outside the classroom and missing out on the benefits that a school environment brings, such as safeguarding and learning and socialising with other children.

It is calling for schools to be forced to share attendance registers with councils – which is currently only voluntary - and for local authorities to have the tools and flexibilities to check a child’s home schooling, and make sure they aren’t being taught in unsuitable or dangerous environments.

Using evidence provided by councils, school leaders and parents, the LGA estimates that in 2018/19, 282,000 children in England may have missed out on formal full-time education – around 2 per cent of the school age population – but this figure could be as high as 1.14 million depending on how ‘formal’ and ‘full-time’ is defined.

The LGA’s report, Children Missing Education, says that gaps in the coordination of policies and guidance around pupil registration, attendance, admissions, exclusions and non-school education is allowing children to slip through the net, with children with additional vulnerabilities – such as social, behavioural, medical or mental health needs - most at risk of doing so.

This is not only putting them at risk of slower progress in learning and poorer job prospects, but is also likely to lead to poorer mental health and emotional wellbeing, restricted social and emotional development and increased vulnerability to safeguarding issues, such as domestic abuse, grooming and criminal exploitation, such as county lines drug activities.

Those not receiving a formal full-time education might be routinely not attending school all day or every day; at home receiving tuition or none at all; in an unregistered or illegal school; or unknown to children’s services. A growing proportion of children with special educational needs and disabilities (SEND) may be out of formal, full-time education.

Soaring numbers of parents are choosing to educate their children at home not just as a result of the pandemic, but also due to anxiety experienced by their child, including exam pressures and social media bullying. There has also been an increase in the number of parents taking their child out of mainstream schooling in order to avoid council action, including fines, for their child’s non-attendance or if the school raised concerns with children’s services about the wellbeing of a child.

However, these efforts are made harder due to shortcomings in legislation. These include parents not being required to notify their council if they decide to home educate their child; local authorities having no powers to monitor the educational provision being made for a home educated child; and no requirement for schools to share attendance registers with councils, although some do so voluntarily.

The LGA is urging government to introduce its proposed new duty on councils to maintain a register of children not in school and a new duty on parents to provide information if their child is not attending a mainstream school, as soon as possible.

It is also calling for councils to be able to check a child’s schooling, and for government to broaden the definition of children missing formal full-time education, and to collect and publish figures on them as well as track their long-term outcomes.

It says government needs to ensure councils have enough funding and resources to meet their responsibilities to ensure all children can access a formal full-time education more comprehensively.

“The rising numbers of children not in education is hugely concerning, but is hard to tackle due a lack of council powers and resources, and flaws in an education framework ill-suited to an inclusive agenda.

“Children are arriving in schools with a combination of needs, often linked to disruption in their family lives, at a time when schools’ capacity to respond is stretched to capacity.

“While parents, councils and schools all have responsibilities to ensure that children receive suitable education, some significant gaps in legislation mean that it is possible for children to slip through the net and be exposed to serious risks by not being in full-time education.

“The pandemic is only likely to increase these risks and add to the significant lifetime costs to the public purse of a young person not in education, employment or training.

“The Spending Review need to provide councils and schools with enough resources to ensure that children are able to access a formal full-time education they are entitled to. We also want to work with government to make swift changes to legislation to make the education safety net more robust for the benefit of current and future generations of young people and society overall.”