Councillors from across the country and political spectrum have called on the Government to give greater priority to social care and start committing more resources to it now. 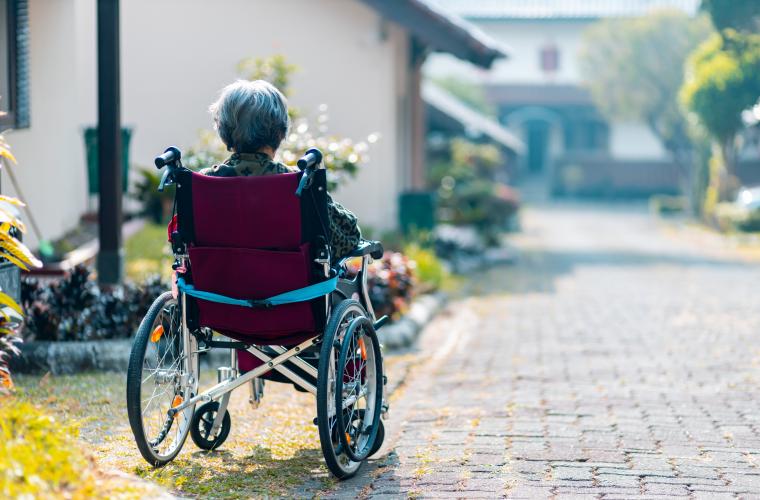 More than nine in 10 councillors from across the country and political spectrum have called on the Government to give greater priority to social care and start committing more resources to it now, an exclusive new poll for the Local Government Association reveals.

The survey of more than 600 councillors showed that 91 per cent agreed with the statement, coming in the wake of the devastating coronavirus pandemic which has exacerbated pre-existing pressures on the system and their consequences for people who draw on care and support. It also comes ahead of a key House of Lords debate taking place today on social care provision and the role of carers.

The LGA supported the survey, which was run by Survation for Social Care Future (SCF), a movement campaigning to bring about major, positive change in what social care does, how it works and how it is understood by the public.

The LGA, which represents councils, said the results are another stark reminder of the urgent need for long-awaited proposals on the future of social care and how we fund it to be brought forward at the earliest opportunity and before the summer parliamentary recess.

Ninety-four per cent of councillors agreed with SCF's vision that the function of social care is to ensure that we can all 'live in the place we call home, be with the people and things that we love, in communities where we care about and support each other, doing the things that matter to us.'  These findings build on SCF's earlier polling which showed strong public support for this vision of social care.

Any long-term solution must therefore secure greater preventive investment in social care, allowing people to live their own lives independently in their own homes and communities, alongside long-term funding to tackle key issues facing social care beyond just protecting people from selling their homes to pay for care. This should include action on unmet need, provider market support and new models of care, and greater support for unpaid carers.

Doing so also requires urgent action to begin building a workforce fit for the future, including action on pay, training and development, career progression and professionalisation, and recognition. This will help the skills of the future workforce match the aspirations of people who have cause to draw on care and support.

Other results from the survey showed councillors overwhelmingly (95 per cent) recognised the important role of councils in supporting and working alongside local communities to ensure people have the support they need to live good lives.

“Social care has been on the frontline throughout the pandemic and there has never been a more crucial time to find a long-term solution to how we support all those who draw upon and work in these vital services.

“As this survey proves, local councillors across the country and of all political colours are overwhelmingly in favour of social care being a major priority for the Government along with the funding needed to not just get through the pandemic, but to build back better from it.

“As SCF state, we all want to live in the place we call home, be with the people and things that we love, in communities where we care about and support each other, doing the things that matter to us. This is the role of social care and 94 per cent of councillors agree with this vision.

“Millions of people who draw upon or work in the field of social care deserve to know that their and their families' future is secure, after all they have experienced over the past 15 months. We look forward to government bringing forward its proposals as soon as possible and before the summer parliamentary recess.

“The work of Social Care Future over the last two years has been an important contribution to the debate about the kind of social care system we want and need, focusing on what people who themselves draw on social care need for them to live their best lives, which should be at the heart of any future reforms.”

The LGA/Social Care Future survey is available on request.

Social Care Future’s vision is that we should draw together the support we, or those close to us, need if we have a health condition or disability during our lives, that we can draw upon to live our lives the way we want to, with meaning, purpose and a sense of belonging, no matter our age or stage of life. It was developed with the involvement of people that draw on and work in the field of social care and thorough extensive public audience research: How to build public support to transform social care - summary of public audience research

The survey comes as Social Care Future also published the results of its own inquiry setting out five key changes which are needed to bring about a more positive future of care and support: Communities where everyone belongs; Living in the place we call home; Leading the lives we want to live; More resources, better used; Sharing power as equals.

LGA Briefing: Debate on social care provision in the UK and the role of carers in that provision, House of Lords, 24 June 2021