As part of the council’s economic action plan, business owner support was given through a 50/50 grant scheme combined with local area environmental improvements, which could be used to improve vacant shop fronts to make them more attractive to tenants.

The initial challenge was to support independent retailers in retail areas located along main gateways into Leicester, as well as bringing vacant retail properties back into use across the city. As part of the council’s economic action plan, business owner support was given through a 50/50 grant scheme combined with local area environmental improvements, which could be used to improve vacant shop fronts to make them more attractive to tenants. The success of the scheme in part led to capital funding being identified as a policy provision in the 2020/21 Capital Programme for Local Centre Improvements. This covers retail improvements and public realm improvements. 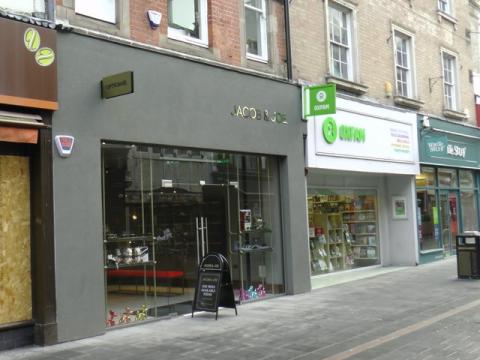 The initial challenge was to meet the need to support independent retailers in retail areas located along main gateways into the city as well as those located in the city-centre as well as bringing vacant retail properties back into use across the city. This was partly driven by the regeneration investment being undertaken within the city-centre and the successful expansion of the Highcross Retail Centre.

There was a view to improve the connectivity between the city-centre the outer main independent retail centres. This connectivity has been enhanced over the subsequent years through investment into more pedestrian and cycle routes.

This approach was later focussed upon certain local neighbourhood retail centres across the city which had differing characteristics and challenges.

The Retail Improvement Scheme formed part of the city council’s Capital Programme for the period from 2012 to 2020 and fits within the wider theme of ‘people and neighbourhoods’. A retail health-check report was undertaken as part of the local plan into the viability of every retail centre across the city and councillor views were also sought as part of understanding the key issues at the local level.

Analysis was undertaken, with areas ranked in terms of high, medium or low intervention linked to shopfront, public realm, highway and environmental improvements.

To begin the project, agreement of the scheme at executive board level was needed with the final decision approval for the project to be included within the capital programme by the City Mayor.

Phase 1 was targeted at specific main gateway routes to the city as well as retail areas linked to major city-centre regeneration projects focused around the Connecting Leicester scheme for public realm and highway improvements.

Under phase 2, which formed part of the council’s economic action plan, the emphasis was directed towards supporting traders in outer neighbourhood shopping areas through a 50/50 grant scheme combined with local area environmental improvements. The grant rate was subsequently increased to 90 per cent, up to a maximum of £5,000, with a 10 per cent contribution from the business. Applications from city-centre businesses remained at the 50 per cent grant rate up to £5,000. The award of the grant is dependent upon the business meeting certain statutory requirements such as having an acceptable food hygiene rating, up to date payment of business rates and no outstanding building or planning irregularities.

The objectives of the project covered three areas:

Applications had to meet the city council’s shop front design guidance and obtain planning permission, where necessary, prior to a grant being approved. Applications were assessed by the grant panel and if approved, the grant would be paid on satisfactory completion of the work and full payment evidence provided by the business owner.

The Retail Improvement Scheme has had a positive impact on retail businesses and the local area and has contributed to:

Feedback from traders and stakeholders has provided evidence that the scheme has:

Traders have had difficulties understanding and meeting the planning requirements, and required additional support, which led to the reduction of full applications being made, especially from some neighbourhood retail areas. Traders have also stated that constraints of the project include a limited cash-flow and resourcing the match-funding part of the project investment.

Secondly, communication needs to be clear that the support is in the form of a grant and not a loan which can be a misconception. Working with a business as a pilot project to communicate to local traders can be way of overcoming barriers.