Twenty five partner organisations, led by Devon County Council, including all eleven councils and two national park authorities, are collaborating on the production of a Devon Carbon Plan to show a pathway to getting Devon to net-zero by 2050 at the latest. The partnership, which formed in May 2019, is also working with Cornwall Council and Isles of Scilly Council to prepare a Devon, Cornwall and Isles of Scilly Climate Adaptation Plan. An independent Net-Zero Task Force, led by the University of Exeter, is leading the process of preparing the Carbon Plan with the use of a Citizens' Assembly (June and July 2021). A Climate Impacts Group, led by the Environment Agency, is preparing the Adaptation Plan.

In response to the challenges outlined above:

The Task Force initially undertook a series of Themed Hearings in November 2019, 'roundtable' conversations between stakeholders to discuss what the barriers were to achieving net-zero for various topics - Energy Supply; Transport; Built Environment, Food, Land and Sea; and Economy and Resources. These were live-streamed on Facebook.  Alongside these, the public were asked for their ideas between November 2019 and January 2020, a process that received 894 submissions. The Devon Youth Parliament also organised a half-day workshop which attracted 75 secondary and primary school students to get their input.

The next step was going to be the citizens' assembly, followed by the drafting of the Carbon Plan. But COVID struck.

Instead, an Interim Carbon Plan was drafted (this is online) that does not include actions to address a set of controversial issues that will be considered by an online assembly. A public consultation occurred between December 2020 and February 2021 on the Interim Carbon Plan. That received 1,300 responses, the consultation report will be online by the end of July 2021, and the Task Force is now working with the Tactical Group to produce a revised version.

The online assembly is now underway (June and July 2021). They are discussing their general appetite for implementing the Devon Carbon Plan as well as three specific issues:

The impact of the work to date is that we have a strong partnership, with its member organisations pulling in the same direction to address the climate and ecological emergency in Devon and work with national government.

Most of the partner organisations are putting a Carbon Plan in place for their own geographies, which will pick actions from the Devon-wide Carbon Plan that are relevant to their area, their aspirations and their capacity to help effect change.

Co-benefits are a strong theme of the project. Opportunities to improve social justice, health, wellbeing, the condition of the environment and reinvigorate communities are shared priorities by all of the partners and are embedded within the Interim Devon Carbon Plan's principles.

The partnership has also led to collaboration on immediate carbon reduction projects. For example, the partnership came together to implement a Devon Solar Together initiative - a group buying opportunity for domestic solar panels. This attracted over 900 registrations from Devon's households. The marketing of this project was branded 'Devon Climate Emergency'.

Working in a partnership of this size on such a complex issue takes time to ensure everybody feels engaged in the process and are able to contribute. This is crucial as the objective is to collectively implement the Carbon Plan, and if people don't feel involved in its production, they won't feel that ownership to help implement it.

It has been challenging to balance this need with expectations from communities that action will be taken quickly to justify the so-called 'emergency'. This led to a resource on the website titled ‘Taking Action’ to show people what the partners are doing already alongside developing the Devon Carbon Plan and the Adaptation Plan. 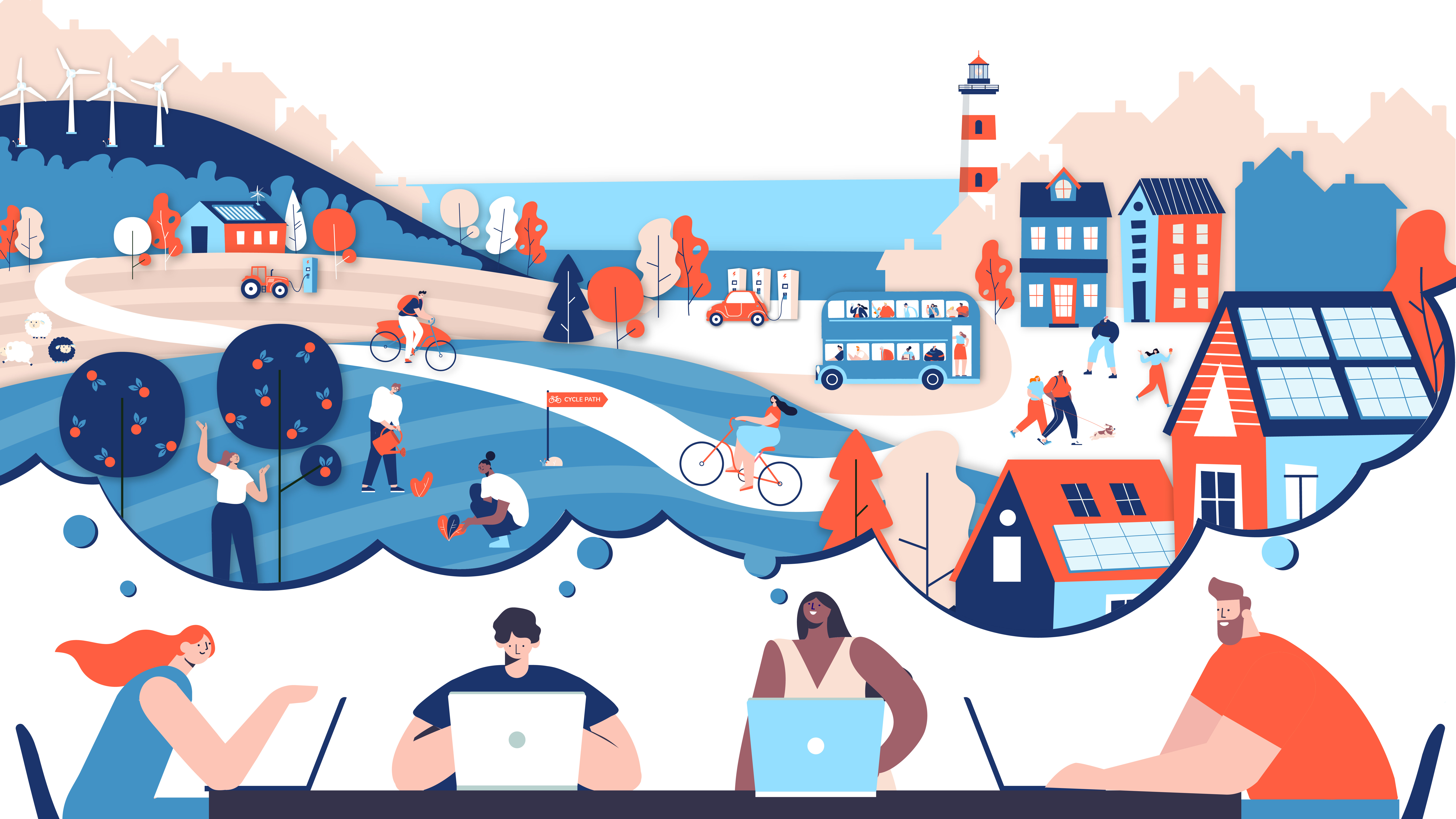