The Royal Borough of Kingston is committed to increasing the use of participatory democracy to develop responses to difficult issues. As a result, the council held our first Citizens’ Assembly, asking residents “how do we collectively improve air quality in Kingston?”.

The Assembly brought together 38 randomly selected residents who met for two weekends in November and December 2019. Following an intensive weekend learning about causes and impacts of poor air quality, the ‘assembly members’ agreed a set of short, medium and long term recommendations for the council, residents and our partners.

Air pollution is a global urban problem, affecting health and quality of life. In 2017, Just one pollutant, PM2.5, was estimated to have caused 1 out of 16 deaths of people aged over 25 in London  (Centre for London, Cities Outlook 2020).

In Kingston, roughly 2.2% of residents are exposed to illegal air quality, including three schools. The key pollutants of concern are nitrogen dioxide (NO₂) and particulate matter of <10 and <2.5 microns (PM10, PM2.5). The key national objective values for NO₂ are the long-term exposure limit of 40μg/m³, and the short-term limit of 200μg/m3 x 18 per year. For PM10 the long-term limit is 40μg/m³ and the short-term is 50μg/m3 x 35 per year and for PM2.5 it is 25μg/m³. 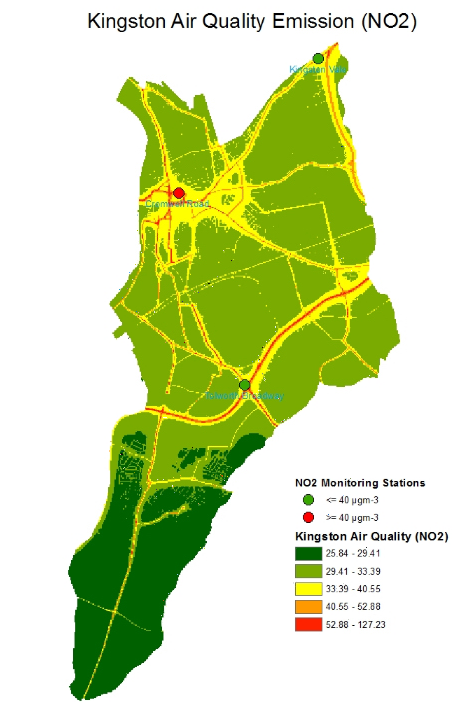 During the last 20 years, the UK has made progress in energy decarbonisation. However, transport is now the biggest single source of emissions across the UK. As the data below shows, in 2016, 64% of nitrogen dioxide (NO₂ ) came from road transport. Similarly, road transport is the key source of particulate matter (PM) emissions in Kingston. 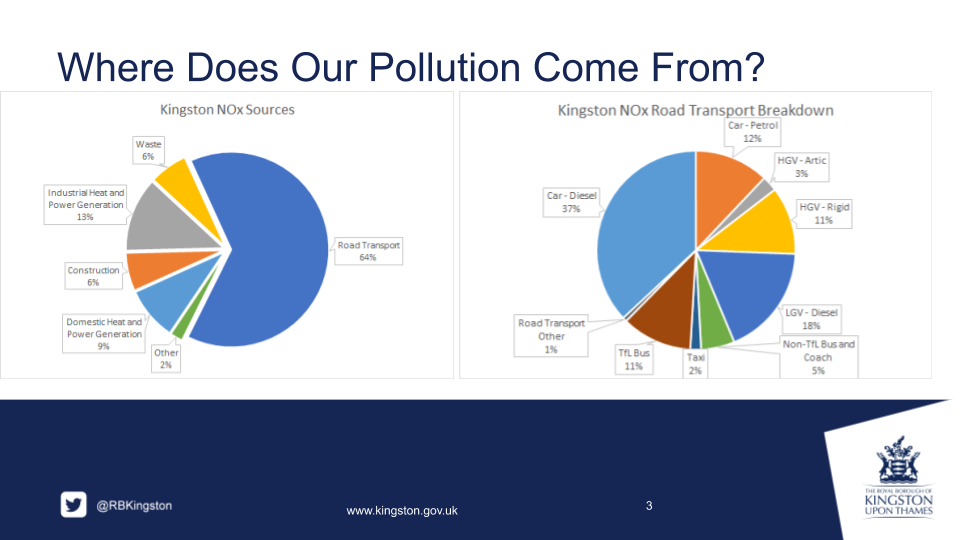 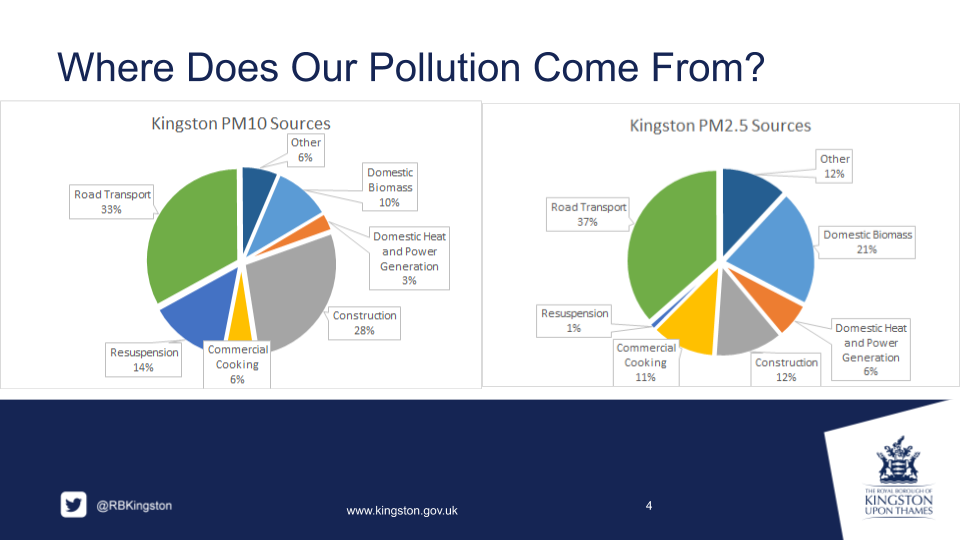 Our budget, as the budget of all the local authorities across the country, has been considerably reduced due to cuts in direct funding from the central government. We recognise that the everyday activities of residents, businesses, and people who work and study in Kingston contribute to pollution, while at the same time groups are affected by air quality differently. Children and the most vulnerable residents are affected disproportionately by poor air quality.

We understand that the views on how to address the problem are diverse because the impacts of poor air quality, and the impacts of potential actions affect each community group differently.

Considering the complexity of the challenge and the importance of working together with our community groups, a Citizen’s Assembly was seen as the ideal way for residents to participate in the decision making process, capturing a range of local views and reaching a consensus about what action to take.

The Assembly was designed, facilitated and reported upon by The Involve Foundation. A random but demographically representative group of residents were identified by a second organisation, The Sortition Foundation. The sortition process brings together residents with a cross-section of views, which can be taken as more representative of the whole borough than those of a self selecting group already engaged with the council on a topic area.

In preparation for the assembly, interested community members were invited to give their views on potential solutions that they thought the assembly should consider through ‘ideas trees’ in local libraries, and through a call for evidence on the council’s website. These views were considered by the advisory group when developing the agenda and selecting experts to present to the assembly.

The Citizens’ Assembly met over two weekends in November and December 2019. During the first weekend, assembly members heard evidence from 15 academics on the causes of, and solutions to, poor air quality. 7 residents who submitted evidence in the design phase of the assembly were also invited to present their ideas to the assembly.

The council did not facilitate the assembly, which provided independence to the process as recommendations were decided upon without officers ‘round the table’. However, Kingston’s public health and environmental services specialists spoke to the assembly about Kingston’s pollution levels, as well as the council’s actions to tackle poor air quality.

During the second weekend, assembly members considered the evidence that they had heard, and worked together to create five overarching recommendations, which were:

During the final day, assembly members agreed to 26 individual actions for consideration by the council, to enable Kingston to deliver on the five recommendations.

Links to relevant documents: The full report on the Kingston Citizens’ Assembly on Air Quality.