Waltham Forest Council retrofitted sheltered housing schemes by developing a solar-powered system that could generate and store enough electricity to power the lifts and LED lighting in communal areas, both day and night. The team would have to take the orientation of the roofs, their angles and any potential sources of shade into consideration when designing the system. Importantly, the installation was to have minimal impact on residents, while providing continuous flow of power to communal areas and deliver financial and CO2 savings.

Waltham Forest is a forward-thinking council. In addition to installing more than 1,000 solar panel installations at street properties throughout the borough and reducing its carbon emissions by 35% over the past decade, it also declared a climate emergency in 2019. Since then, it has set up London’s first Climate Emergency Commission in order to develop and accelerate plans to become a net-zero borough.

In line with these ambitions, Waltham Forest Council got in touch with Aston Group, with whom it has been in a long term Partnering Framework since 2012. Having secured Carbon Offset and Salix Funding, it sought support for the installation of solar panels at three residential properties that provide sheltered accommodation for over-55s.

Longfield House in Walthamstow, and Plaxton Court and Clifton House in Leytonstone, were singled out for the project based on their energy consumption profiles. Having previously conducted extensive renovation work at Longfield House, Aston Group’s Facilities Management team was familiar with the property and used this as the test site for the first installation. Built in 1986, Longfield House has 36 residential units, an on-site management team and communal facilities.

Before work began, Longfield House’s energy use was monitored over a six-month period, in order to calculate how much power the building needed. After that, the team designed an efficient solar PV system that could match and even exceed the energy demand of the building, leaving surplus power to charge an on-site storage battery.

In December 2020, a total of 242 JA Solar PV panels were installed on the roof. This model was selected because of the manufacturer’s reputation in the solar PV industry and its global Tier 1 status, which indicates the reliability of the company and its products.

Each panel is capable of delivering 340 watts of power. Combined, the system has a total size of 82.28kW.

To overcome the challenge of orientation, angles and shade, SolarEdge optimisers were added to affected panels, allowing each solar panel to perform at its optimum level.

A Growatt MAX60K inverter was also installed to convert all of the energy harvested into usable power that could be distributed throughout the building. Rated at over 99% efficient, the Growatt inverter provides seamless integration into the building’s energy supply and performance can be monitored remotely online.

To further support on-site energy consumption, an Alpha ESS AC coupled battery store was installed. With 12 lithium-ion batteries, it has a total storage capacity of 68.4kWh and can deliver up to 30kW of power through its onboard inverter. When fully charged this is enough to power the communal areas overnight.

In total, the entire system is capable of delivering 72,134kWh of electricity to the building each year. It reduces carbon emissions by more than 18,466kgs per year the system and it can also export clean energy into the local community.

A display in the building’s foyer shows residents and visitors just how much energy is being saved, reinforcing the local authority’s commitment to safeguarding the environment for future generations.

The system was energised by the Spartek team on the 3 February 2021 and is already exceeding expectations. Within six weeks, the solar PV panels generated more than 1,834kWh of energy, reducing the amount of energy imported from the grid by almost 41%. In excess of 277kWh was also added back into the local grid, saving over 469kg of carbon emissions.

On the 23 February 2021, the building consumed 184kWh of electricity but purchased less than 54kWh from the grid, which represents a reduction of almost 71% of energy purchased. With over 228kWh generated by the PV array and more than 98kWh exported, the system saves over 58kgs of carbon emissions in a single day. 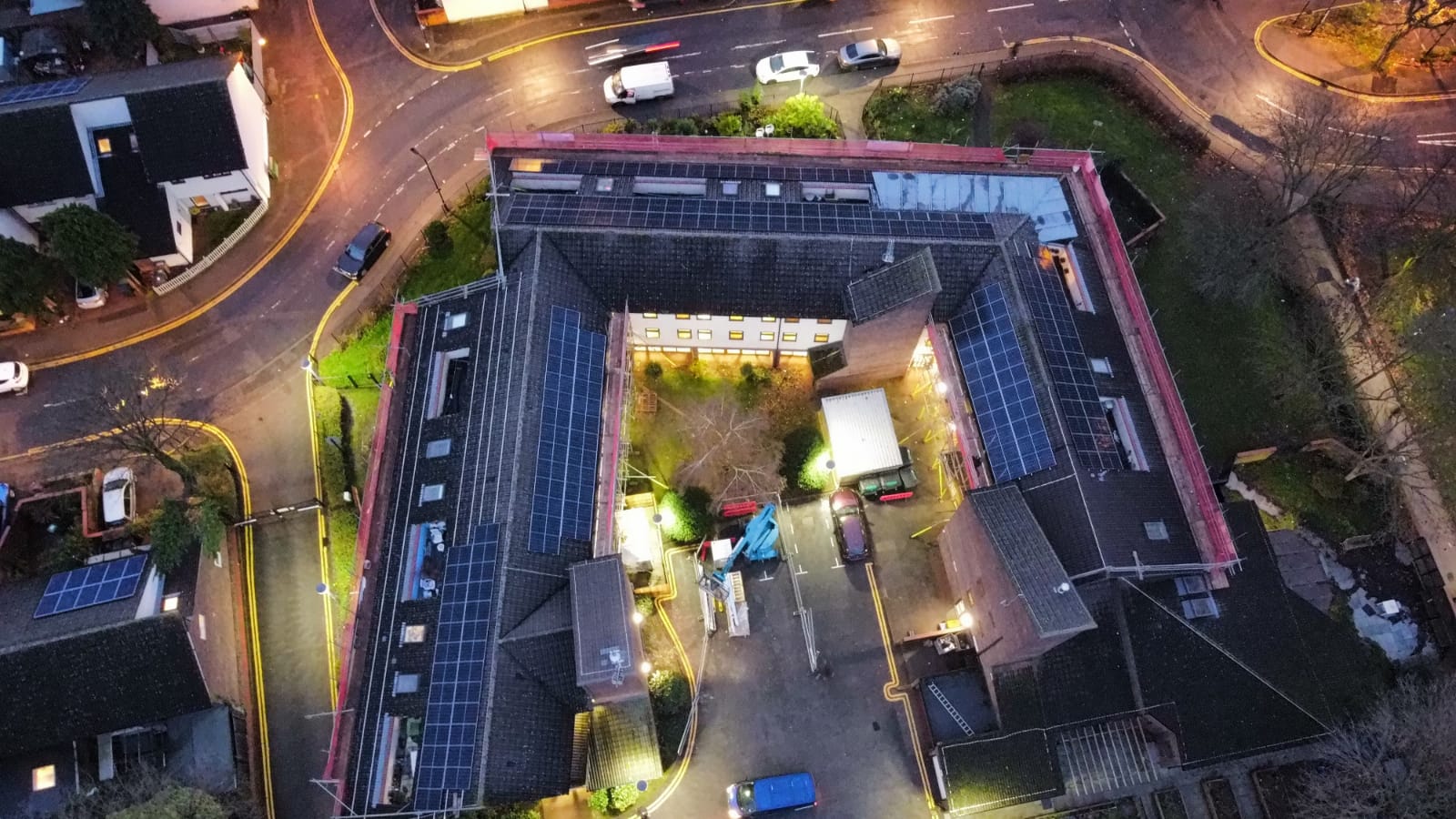