Cambridge city council did not have an economic development team in place at the onset of the pandemic. These functions had been led by the Combined Authority and Greater Cambridge Partnership – the delivery vehicle for the Cambridge City Deal. 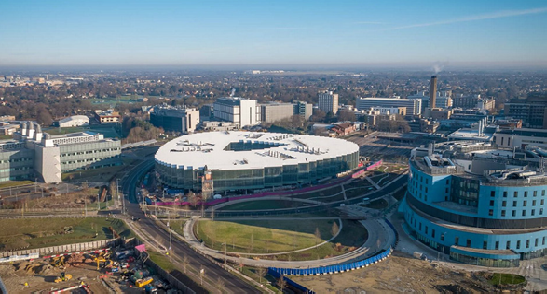 Cambridge is a fast-growing city that has developed an international reputation for innovation in the life sciences, biotech and agriculture. It has a higher number of patent applications and bicycle usage per head than any other city region in the UK, and as well as a large student population and visitor economy, the city is an important retail and commuting destination.

The city council did not have an economic development team in place at the onset of the pandemic. These functions had been led by the Combined Authority and Greater Cambridge Partnership – the delivery vehicle for the Cambridge City Deal. In order to understand the economic impact of Covid the Council initially relied on well-establish business networks and officers’ personal relationships. It quickly commissioned economic analysis from My Local Economy, bought data (ultimately provided gratis) and worked closely with South Cambridge District Council, Greater Cambridge Partnership, Cambridge University Centre for Business Research and Cambridgeshire County Council’s Insight Team, alongside key business networks, to aggregate different internal and public data sets.

Additional support was commissioned to translate data into insights to inform a weekly (and subsequently monthly) dashboard to understand the evolving situation across Greater Cambridge, as well as the impact of various local and national interventions to support businesses, jobs and the economy. The dashboard includes detailed insights on the city regions' labour market (unemployment, claimants by age and ward location, vacancies by sectors, planned redundancies etc.); consumer behaviour, footfall, spending, travel patterns; uptake of government grants and loans; as well as comparisons with statistical neighbours. Interactive data insights, analysis and metadata on the social, economic impacts and public health impacts of the pandemic has been made available to the public.

The detailed analysis of changes to transport patterns enabled the Greater Cambridge Partnership to press ahead with measures to support social distancing and take steps to improve walking and cycling access to the city in line with wider air quality, environmental and climate goals. The Combined Authority published a Local Economic Recovery Strategy on 1 September 2020, which includes specific plans for Cambridge developed by the City Council. The strategy is currently under further review (3rd version), supported by work by Metro Dynamics. Cambridge City Council and South Cambridge District Council will update their related action plans in line with their evolving strategies.