Coping with the rise of the Delta variant in Bolton

It was the first bank holiday in May and Dr Helen Lowey was in the garden when she got a call from Public Health England informing her that a number of cases of what is now called the Delta variant had been identified in the town.

“I knew it wasn’t good news, but I guess as directors of public health we are always half expecting a call like that. I just thought ‘ok, what do I need to do’. We had been here before – last summer Bolton was the first places that saw cases rise and we were already planning to do some surge testing for the Beta variant, which had been identified here.”

‘We were able to hit the ground running’

As Beta – the variant that had been first identified in South Africa – was classed as a variant of concern local planning was well advanced for targeted testing in the same areas of Bolton that the Delta variant had been found. But the planning was ramped up immediately to undertake surge testing, enhanced contact tracing and additional isolation support and surge vaccination.

“The fact we already had things planned gave us a head-start and allowed us to hit the ground running. We got the national surge response team in to help with the scaled-up programme by the weekend and we also had the full support of our leader, Councillor David Greenhalgh and Chief Executive Tony Oakman as well as staff across the council and from our partners.

Pretty rapidly we were out in these communities encouraging people to get tested, to isolate when needed, but also vaccinated.

"We had a mobile testing unit at the local school – they were really supportive – and they let us put the vaccine bus on there too. And we started getting some extra vaccines in – not so we could move down the age bands ahead of JCVI advice but so we could get more people vaccinated.

“We have had good uptake of vaccine overall in Bolton – our senior responsible officer, Dr Helen Wall, has been very proactive - but in some areas it was below average. I think there were a lot of people who did not realise they were eligible or had not thought they needed it. But they were hearing of family and friends in India, some quite young, falling seriously ill. It was also at a time when nationally we were moving down through the age bands. We had a tremendous response.”

Within a week, the enhanced approach was expanded to other areas of Bolton and there was extensive door knocking and webinars with local community leaders. There was also extensive engagement with all education premises and local businesses.

“Because of the links with India with this variant, this had the potential to cause real division. We were very careful not to refer to it as the Indian variant and obviously now we have adopted the Greek alphabet to name variants. We were simply calling it Bolton’s variant response, as we were also dealing with another variant too. I think that helped. We didn’t see any kind of negative reaction or division in the community.

Everyone has really come together – that’s Bolton’s way. We roll up our sleeves and get on with it. It is a real privilege to be director of public health here.

As part of the support from the government, the army was also deployed alongside the national surge response team. “That was welcomed, but it was important we took the lead. We were quite clear about that from the start.

“We have teams of council officers and volunteers from the local community. They are the ones that are trusted locally.

I know there was one day where the army went off on their own to do a street – they soon came back and said we need you with us as we get a much better response.

But the council supplemented this surge testing and enhanced engagement with extra support for self-isolation. “We have provided extra financial help, but it is not always about that. Residents have told us other things are also an issue – they may have caring responsibilities or they may be worried about what they are going to do for 10 days or how they can walk the dog. So we have provided information about what support is available and advice on how they can occupy their time

“We hear a lot about people who are not isolating – and we forget the majority actually are. It has been tough for the people of Bolton – we have been under restrictions for longer than any area other than Blackburn or Leicester.

“But the way everyone has come together on this has been fantastic as it always has. We knew it would be very difficult to contain, so instead we talked about trying to stop and reverse that rise. That is the importance of testing and isolation, while vaccines provide us with protection longer-term. That is how we communicated it.”

The approach worked. By late May infection rates started falling.

The success was down to the local community – not me. It is their success.

There were some wonderful stories. People coming out to meet the teams on the doorstep, ready and willing to do their tests. It had gone round the local WhatsApp groups that the team were here.”

‘This isn’t over – we have to keep going’

In mid-June case rates started going up again and like the rest of the country Bolton is battling a new wave as society continues to open up.

“This was always expected. We know we have to keep going, but it is exhausting. May was probably the most pressurised period of my career. I was working seven days a week, late into the evenings every day. But it was not just the hours – it was the intensity of the work, and you never switch off – planning when not on calls or meetings.

“I remember trying to take one evening off. It was three weeks into it and then we had the news that people were being advised not to travel in and out of Bolton. The communication was not clear and we had to put out a joint statement. I was on the phone until 11.45pm.

“One thing we have always been clear about is that we don’t want regional restrictions returning. But, make no mistake, the next few months are going to be very tough for directors of public health and their teams. The pandemic is clearly not over – and there are going to be all sorts of challenges, especially this winter when we will have all the winter pressures on top of Covid.” 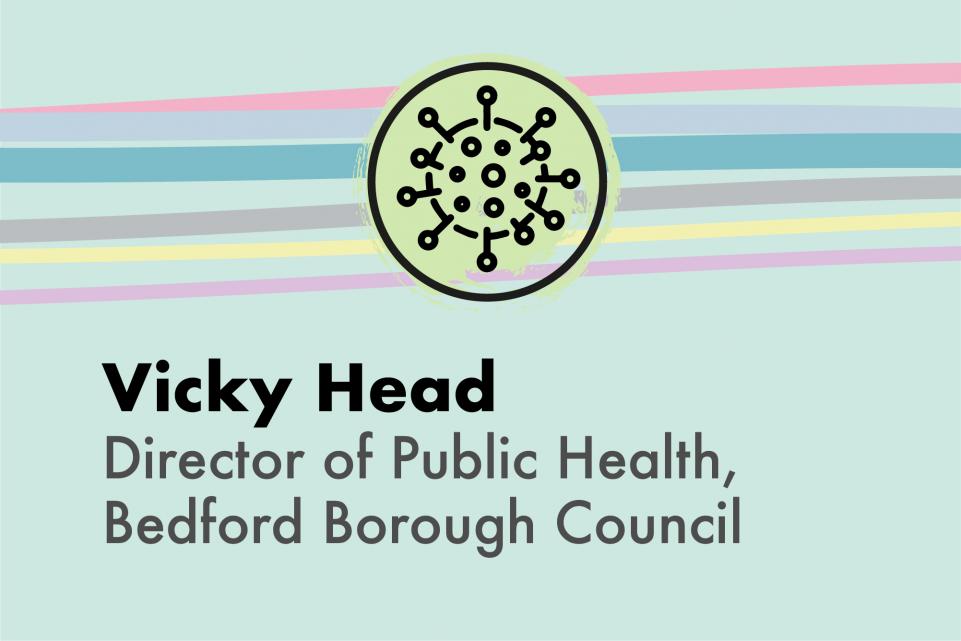 Winter, Delta and innovation - my first six months in the job