Winter, Delta and innovation - my first six months in the job

Vicky Head only took over as Director of Public Health in Bedford, Central Bedfordshire and Milton Keynes at the end of 2020 as second wave was taking off. The previous incumbent had retired so she moved up from being public health consultant for health protection.

In just over six months in the job, she has had to cope with the winter surge, piloted a new way of contact tracing and then was one of the first directors of public health faced with the new, more infectious Delta variant.

It has, she acknowledges, been a baptism of fire. “It’s been non-stop. I had not been a consultant for that long so it has been a steep learning curve. But I have a great team behind me. They work across the three councils and have been magnificent all along. I do worry though about the toll it is taking on all of us in public health – it is relentless.”

The rise of Delta

It was early May when the situation quickly changed in Bedford because of the Delta variant. “We had had very low rates but then cases started going up in a way we had not seen before. I remember one day seeing the latest data and thinking ‘something is going on’. Around the same time Public Health England notified us of a small number of confirmed cases of the Delta variant.

“It was not like other areas which saw it take off directly from travel and were often geographically focussed. Our first cases were not travel related and were linked to specific educational settings. There were close social links between individuals as well as links to gyms, particularly the more informal venues.

“It was a very different pattern – so our initial approach was to target testing to specific settings. With regional support we brought mobile testing units on to school sites and sent kits homes for families. What was noticeable was how infectious this was – once it got into a household it went through the whole house.”

After three weeks, a more geographically focused pattern emerged and the surge testing was launched. “We knew we could not contain it. Instead it was about slowing it down so we could get more people vaccinated.

“We used mobile testing units and collect and drop in community locations. In one area we had 6% positivity – that is really high for asymptomatic testing.

We also did a round of door-knocking – we visited 11,000 households in total – and worked closely with local faith leaders, the voluntary sector and our Covid champions.

It was an opportunity to have conversations to encourage people to come forward for vaccination as well as testing – and we did see a good response.”

The push succeeded in that Bedford’s rise in infection rates was brought to a halt in a few weeks, although rates are now increasing again, but the increase has been slower than in neighbouring Milton Keynes and Central Bedfordshire. “It was inevitable. What was done in Bedford and other areas could not be sustained or expanded across larger areas. It was always going to happen.”

The increase in rates has had a knock-on effect to the team’s approach to contact tracing. During the spring Central Bedfordshire trialled a new approach known as the local zero model. It saw all the contact tracing done by the local team rather than the national team taking on the cases first.

Ms Head said: “It worked really well. The feedback we got was that it was a better experience for people and the success rates increased.

I think people respond better to a local voice who knows the area than getting a call from a national contact centre. We also got richer local insight into what was driving infections.

“Given our positive experience we expanded local zero out to Bedford Borough and Milton Keynes too. But now we are seeing cases rise we have started to hand some cases back to the national team. It is not what we would want, but the numbers would overwhelm us.”

Indeed, Ms Head believes the whole system will come under real strain in the coming weeks. “It looks like the infection rates are going to go really high and in public health we have to prioritise where we are going to have the most benefit. Contact tracing can have most effect when cases are low. My priority now is getting vaccination rates up.

“We have had good uptake, but there are still real inequalities. I don’t think that many people are strongly anti-vaccination, but they have competing priorities and it may not feel relevant to them. I am particularly worried about second doses – there was such a push around the vaccination campaign when it first launched. But a bit of momentum has been lost.

“We have thought about incentivising vaccination with things like shopping vouchers, but in the end we decided against it. I am not sure it is the right way to persuade people. Instead we have to focus on making it as easy as possible and reminding people why it is so important.”

My concerns for the future

Good communication and public health messaging is also going to be key in other ways with infection rates rising, Ms Head said. “We are moving into a different phase and I think we need to continue explaining to people the risks and how they can reduce them.

“We are not going to stop people socialising or going clubbing, but we know it is very important that there is a gradual return to normal behaviour. People still need to be careful. Communicating that is not easy, but it is going to be important.”

But allowing infection rates to rise does concern her. Her husband has had a double lung transplant and like many thousands of others is classed as extremely clinically vulnerable.

“The vaccines will not work as well for him. We are effectively going to have to go back to shielding. It is very concerning and I know so many others are in a similar position. For some, the lifting of restrictions will be really difficult – we need to remember that.”

But as well as dealing with Covid, Ms Head is determined to carve out more time for other public health priorities. “Since I started virtually all my time has been spent on Covid, but there are other equally important issues that need addressing.

Health inequalities is perhaps the one I am most keen to focus on. The pandemic has highlighted the issues very clearly – and will have made things worse.

“But we also have a real opportunity now to focus local efforts and really push this agenda. The next year cannot all be about Covid.” 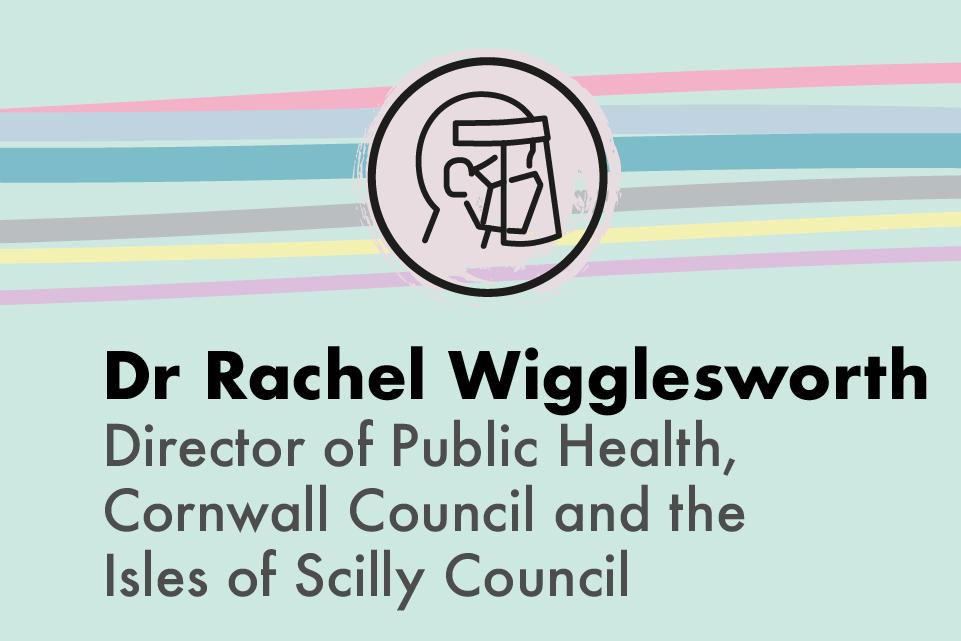 The trials of hosting a G7 summit in the pandemic

An interview with Dr Rachel Wigglesworth, Director of Public Health, Cornwall Council and the Isles of Scilly Council