The trials of hosting a G7 summit in the pandemic

An interview with Dr Rachel Wigglesworth, Director of Public Health, Cornwall Council and the Isles of Scilly Council

A G7 Summit is one of the most high-profile and busiest events on the political calendar. It can involve many thousands of politicians, government officials and journalists. Not to mention contractors from caterers to security staff.

Normally a hosting region would have a year or two's notice. So you can imagine Rachel Wigglesworth’s surprise when she was informed in January that the summit was going to be held in Cornwall just a few months later.

“I remember being told, it was before it was announced publicly, but not much before. At the time we were at the peak of the winter wave. Cornwall had been hit particularly badly – more than in the first wave.

I was told they wanted to do it in person, I thought ‘we’ll see’.

‘We didn’t need our back up plan’

But, six months later, it happened. The most powerful men and women in the world arrived in Cornwall for the mid-June summit to focus on the biggest global health threats, including climate change and managing the pandemic.

“Yes there were times at the start when I wondered how it could be achieved. For events like this you normally get a lot more notice, but because of the pandemic it was not planned like this. There was always the back up of doing it virtually, but there was a real desire to do it in person and I think probably by late spring the government had committed to that.

“But it was only made possible by the efforts of the whole council and partnership work of some wonderful and talented people. We worked with Devon and Cornwall Police, Public Health England and various government departments side-by-side for months.

“We were certainly helped by the fact infection rates were on their way down after another lockdown. It meant my team and I could focus on the planning and exercising scenarios.”

A national advisory group was set up, involving officials from the Cabinet Office, Department of Health and Social Care (DHSC), PHE and the Foreign Office as well as other regional and national partners.

“Planning an event like this is always really complicated, but clearly with having to take into account Covid it was even more so. There were new international travel regulations to navigate, with G7 exemptions then introduced so we had to agree how to handle delegates from red and amber list countries.

“Normally you could have delegations running to well over 1,000 people per country. But it was kept much smaller than that, for example Germany just had less than 20, while India did not attend in person after some of their officials tested positive. There was a lot of concern about delegates bringing the virus in at that stage. In the UK we had very low rates in the spring.”

Extra testing was brought in with the DHSC running on site testing to delegates and staff during the summit as well as prior to arrival. We also promoted the use of rapid testing in the community. As it got closer to the event in early June infection rates began to rise in Cornwall as they did in the rest of the country.

“We got down to 3.8 cases per 100,000 at one stage in the lead up, but then we started getting a range of outbreaks, including one at Falmouth University. It got to the point where we were having to protect the G7 delegates from the infection here rather than the other way round. At one point we had to suddenly find a new hotel for some of the international media after an outbreak in staff there.

Things like that are really testing. But I like to think my team and I showed what local government public health can do.

"We are in the background a lot so we don’t tend to grab the limelight, but there was so much work behind the scenes with the Local Resilience Forum, with the police and with local partners and residents to make sure it could go ahead and run smoothly.”

Rising cases ‘not linked to G7’

Once it was over, Ms Wigglesworth found herself back in the spotlight fielding questions about whether the summit was a super-spreader event. From early June cases really started rising – by mid-June the seven day case rate had reached 130 per 100,000, more than 20 times higher than it had been at the start of June.

“Infection rates rose really sharply on a scale we had not seen before – that’s the effect of the Delta variant. But as we had detailed information on the cases through our local case review phone calls all the evidence pointed to it being much more related to relaxation of restrictions in May, the half-term holidays and the travel into Cornwall. We had more than 340,000 visitor stays in May. That is a really big number.

“We are seeing businesses having to close because they have staff isolating. There is a lot of spread among the younger age groups. We have had to work really closely with the hospitality and tourism sectors. It is difficult for Cornwall, it is such an important part of our economy, but we do have residents who are concerned by people travelling into the area.

“We saw this before Christmas. We were in tier one – there were very few areas in that position. We had people coming across the border to visit Cornwall. I think that caused confusion and some local tension so I am happy we have not returned to that kind of tiering system.”

Alongside business, Ms Wigglesworth has also been supporting schools, which have seen a significant number of outbreaks and pupils having to self-isolate. “We’ve noticed it has been really difficult for schools in recent weeks. We have a lot of small primaries – they don’t have lots of staff and when they need to isolate running the school becomes difficult. The larger schools and colleges cope better, are often more experienced in managing Covid and they have more staff.”

‘The huge challenges on the horizon’

But despite the rising infection levels, Ms Wigglesworth is cautiously optimistic. “I think we will start managing this as an endemic disease, but it won’t be an easy transition and I see a difficult autumn and winter ahead”.

“The vaccines work brilliantly and like other areas the rollout has gone really well. We have used a combination of GPs, mass vaccination centres and mobile units. We have done some bespoke work with homeless people and our migrant workers.

There has been a really good community spirit throughout the pandemic here in Cornwall. Everyone has been wanting to play their part and help each other.

“My big concern now is about recovery – how we catch up on the backlog in treatment, the rising toll of mental health problems and preventing avoidable disease and illness.

“Older people have been lonely, and often physically deconditioned because they have had to isolate, young children have fallen behind on their development and furlough is coming to an end, which will have an economic fallout and increase inequality. There are some huge challenges coming up.” 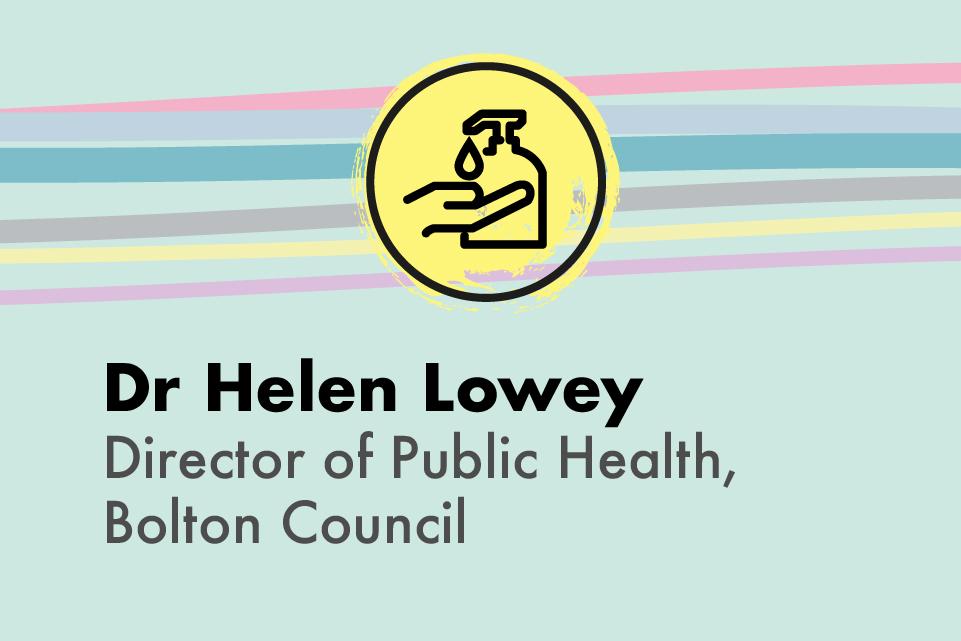 Coping with the rise of the Delta variant in Bolton