These are potentially daunting times for local government. Expectations are rising and budgets getting smaller. Services are better, but trust in many institutions is falling. In this context, a serious effort to involve and understand residents is more important than ever.

A changing conversation – the context for this guide

As we approach the third decade of the 21st century, public organisations and institutions find themselves in a tricky position. The challenges they face are arguably as hard as they’ve been at any point in post-war history and yet the public has very low trust in Government and other institutions to get the decisions right.

There have been a series of major blows to trust in the system, running back over the last ten or fifteen years (documented by TCC in this timeline). One of the most recent of these was the horrific Grenfell tragedy, which had a major impact on trust for local government.

These have made engagement both more difficult and more important. By creating meaningful conversations with residents, councils can ‘trust their way’ to a stronger relationship with those they serve. This guide aims to help boost that dialogue.

Published two years ago, ‘New Conversations’ was a comprehensive LGA guide to community engagement. Since then there have been significant changes to the wider social context which have increased the emphasis on building trust and strengthening communities. 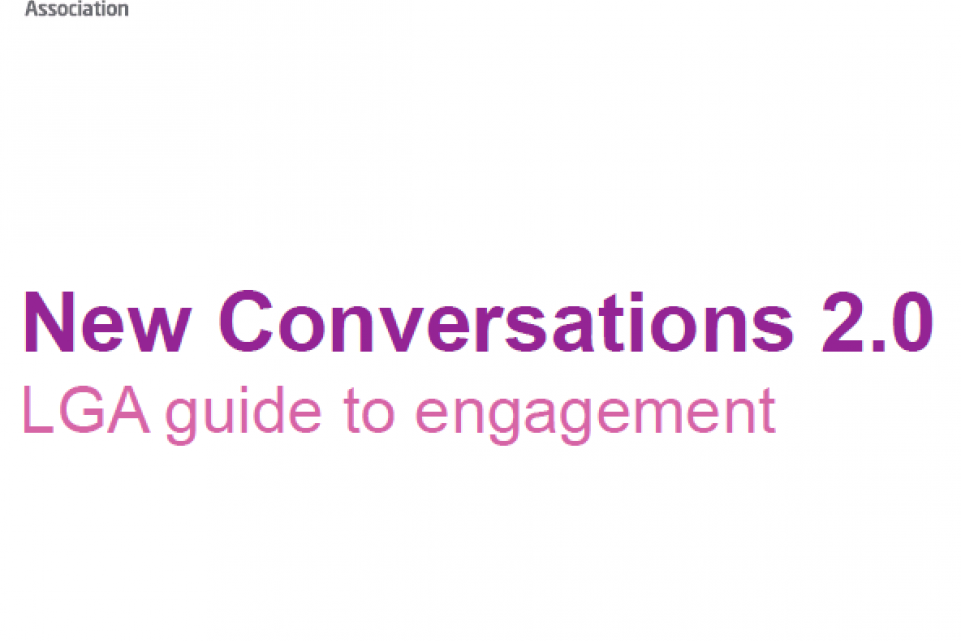 The resources in this report support the basic, statutory aspects of engagement, focusing on consultation. It explores best practice, legal requirements, and the pre-emptive steps you can take to get engagement around decision-making right.