Simon Pannell, the Principal Adviser for Employment and Negotiations, gives us his insights into the introduction of the new pay spine that was part of a two-year pay agreement reached in the National Joint Council for Local Government Services (NJC). 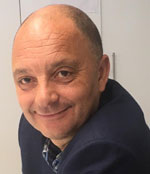 Last month saw the new local government pay spine introduced, to meet the challenge to pay arrangements in the sector resulting from the introduction of the National Living Wage (NLW).

When the NLW was introduced in 2016 the target was that it should reach 60 per cent of median hourly earnings by 2020. It was clear at that stage that the existing pay spine which had already seen differentials squeezed over a number of years could not survive the intended level for the new statutory benchmark.

Two separate two-year pay deals mapped out our response to the challenge and the last element was the new pay spine that established even gaps between pay points in the lower half of the spine.

As well as the general support to councils that was provided through regional HR networks and other events, we have provided more specific support to a few individual councils. In some cases this was made slightly more complex as they had their own local pay spines that were different to the NJC one and their aim had been to re-align with the national arrangements.

Our recent survey showed that the vast majority of councils were able to implement the new pay spine on time and those that didn’t generally indicated that the work would be completed by June. About 22 per cent of councils indicated that they had unfinished business on issues such as whether to change some very short or very long grades that had resulted from the assimilation process.

However, the current Low Pay Commission consultation which includes seeking views on what approach to take to the NLW after 2020 suggests that this might not be the end of the story. The consultation suggests that central government is considering whether increasing the benchmark to two-thirds of median earnings might be appropriate. Even with a long lead-in time that would raise fresh challenges for pay structures in local government while the ink is barely dry on the recent changes. Watch this space on that issue.

Later this year we will start the process of negotiating the NJC pay award for April 2020. We expect to receive a claim from the unions in the summer and will then embark on the usual regional pay consultation meetings to gather views from councils on what approach they would wish to see taken.

It won’t come as a surprise if the employers and unions have different views on the appropriate level for a settlement. However, our expectation is that both sides would be looking for a one-year deal and logic would suggest an even percentage increase on all pay points, as to do otherwise would unravel the hard work put in to evening out the gaps in pay points. Time may prove us right or wrong on those points…