Hampshire County Council has adopted a new targeted approach to improving recycling behaviours. Aiming to wake people up from their recycling habits, a combination of digital and offline tactics were delivered across three pilots, including a pledge tool, bin wraps and volunteer outreach. Digital click-through rates reached six per cent, and the majority surveyed reported changing their recycling behaviours as a result of what they had seen. Additionally, contamination fell by four per cent in one pilot.

Hampshire County Council has adopted a new targeted approach to improving recycling behaviours. Gathering insights from interviews and focus groups, audience profiles were developed based on values, and behaviour was mapped using the Transtheoretical Model of Change. Aiming to wake people up from their recycling habits, a combination of digital and offline tactics were delivered across three pilots, including a pledge tool, bin wraps and volunteer outreach. Digital click-through rates reached six per cent, and the majority surveyed reported changing their recycling behaviours as a result of what they had seen. Additionally, contamination fell by four per cent in one pilot. A countywide roll-out of the behavioural insights approach is now underway over 12 months.

Hampshire’s kerbside recycling systems have been in place since the 90s, with no major changes to the input specification. Yet recycling rates have plateaued and contamination levels are rising. Dealing with contamination from recycling presents a significant cost implication to the County Council. Previous communications around recycling had been ‘one size fits all’. Residents stated that they couldn’t recall council communications around recycling, and were confused by the variety of messages they received from retailers and manufacturers. It was time to try a new approach to spark and sustain improved recycling behaviours.

Hampshire County Council commissioned digital agency Net Natives and behavioural insight experts Kin&Co to engage Hampshire’s residents with improved recycling behaviours. Using audience insights gained through tele-depth interviews and focus groups, Kin&Co developed audience profiles based on values that drive behaviours, rather than recycling behaviours alone. Audience groups were mapped on the Diffusion of Innovation curve, prioritizing those with the greatest potential for behavior change and those with potential to have the biggest impact.

Research found that audiences are unconscious of their recycling behaviours - they think they are recycling well, but aren’t. And when most people receive information on recycling, they don’t register it - it had become wallpaper. These insights formed the foundation of the approach: interrupt the ‘sleep-walking recycler’ - waking them up with unexpected information and tactics and prompting them to consider and improve their recycling behaviours. The approach recognised that behaviour change is not a quick-win. Mapping the audience’s behaviours on the Transtheoretical Model of Change identified that getting some residents to ‘contemplation’ would be necessary before considering how to get them to ‘action’. 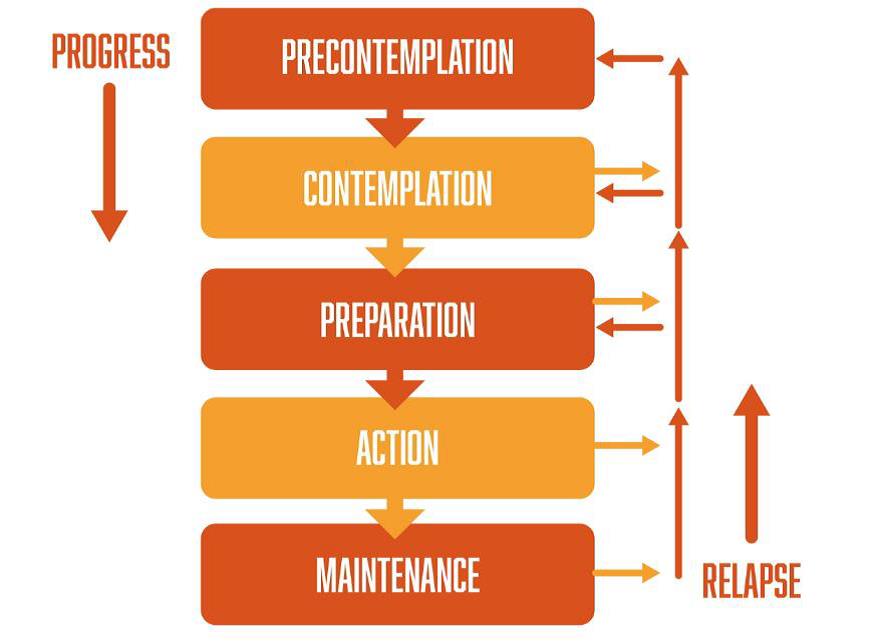 We selected these audiences for their behaviour change potential:

Pilot 3 (Eastleigh): young couples who had recently moved into their first home together, and were establishing new recycling habits (a sub group of Good Enough Recyclers)

Overall engagement rates with online ads were very high, with some click through rates reaching 6%. Recycling collections were sampled, with varied results, although this could be due to the relatively low proportion of target residents in the samples (around 20 per cent) diluting any impact.

Pilot 1: Of those surveyed, over half said they’d changed their recycling behaviour, and 55 per cent said they’d change long-term recycling behaviour. In one control group those who didn’t recycle reduced by 45 per cent. Contamination fell from 29 per cent to 25 per cent over the pilot three months, and glass thrown into general waste fell from 12 per cent to four per cent, which could be attributed to the creatives focusing on glass recycling.
Pilot 2: We focused on materials that could be recycled - and the plastic bottles in recycling rose from six per cent to 10per cent during the pilot. Insights showed 43 per cent of people who saw the campaign said they had improved their recycling habits and 57 per cent would continue to improve. Contamination increased over the course of the pilot, which coincided with Blue Planet II airing, so this could be attributed to residents’ attempts to recycle as much as possible.
Pilot 3: 92% of those who saw the campaign said they’d change recycling behaviours and 43% said they’d already changed as a result. 58 per cent of those who saw
the campaign said their understanding of contamination had improved. 25 per cent of those who saw the campaign sought further information and awareness of Council recycling facilities doubled.

In February 2019, Hampshire’s waste collection and unitary authorities agreed to co-fund countywide roll-out of the BI approach over 12 months. Hampshire’s corporate marketing team have taken on the creative and digital elements of the work, providing greater value for money and upskilling of internal teams. The measurement approach has improved greatly, with more accurate sampling of waste and recycling, collection from roads with over 60% of the target audiences. The roll-out of tested approaches is only one element of the scaling: in 2020 new approaches will be tested with the hard to reach ‘Knowingly Disengaged’ audiences, and students living off-campus in the County’s cities.

Lessons that we have taken on board for the scaling approach are: