A radical overhaul of careers advice

The below relates to a previous version of Work Local. To see the refreshed 2022 version, use the following link: Work Local

The system needs a radical shake up; and it needs it now.

As the first stage of devolving employment and skills, the LGA is calling for the Government review to heed our recommendation for a locally commissioned and co-ordinated all age careers service for all with requisite devolved funding.

This new service should be organised at the level of combined authorities and groups of councils in a way which coordinates provision across institutions and age boundaries and is driven by the needs of local employers.

Why a centralised system doesn't work

We have one of the most centralised employment and skills systems in the developed world. Local areas have little ability to influence priorities, funding or delivery, despite being ideally placed in local economies to affect real change. LGA discussions with councils reveal that provision is complex, patchy and fragmented. In any one area, schools, colleges, councils and national agencies like the National Careers Service (NCS), Careers and Enterprise Company (CEC), Job Centre Plus, and Education and Skills Funding Agency deliver initiatives for different age ranges and groups, with no one organisation responsible or accountable for coordinating it with the local jobs market. Recent years have seen a plethora of new policies, initiatives and new bodies, none of which have led to any serious improvement in provision, and some of which have proved counter-productive.

It is vital that careers advice provision is of good quality and consistent across organisations. Despite this imperative, inadequate careers guidance in English schools has been found to exacerbate national skills shortages, and negatively impact productivity. When it comes to apprenticeships, a flagship policy of the government, a lack of coordination across local areas has created an environment for schools and businesses that business leaders describe as ‘chaotic’, and which may be culminating in disadvantaged pupils missing out. For example, just 8% of serving apprentices found out about their apprenticeship through a teacher or a careers adviser. Of further concern is that 97 per cent of young apprentices are studying at the same level as their previous qualification – which is not advancing their skills or those of the economy.

The LGA recommends that a well-functioning careers service should follow this model:

A local offer based on local labour market intelligence will be more effective than the current national approach. It should form the bedrock that careers advice and guidance is based on.

Work experience is critical to raise awareness of opportunities available in the local and national labour markets to be the norm for young people.

We need locally commissioned, comprehensive careers services for all ages, where everyone has the opportunity to access high quality careers education, information, advice and guidance to make the right decisions about their future.

Careers advice and guidance should be embedded and available to support adults and people of all ages at pivotal stages of their learning and working lives.

Making our vision a reality

Local areas need the powers and funding to take the lead over their local employment and skills systems. 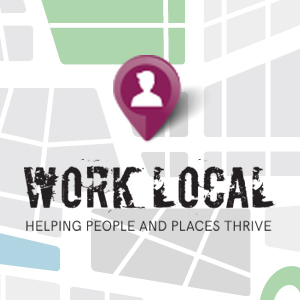 Work Local is the LGA's positive vision for an integrated and devolved employment and skills service.