Water safety has always been a priority for Northumbria Police. When the hospitality sector reopened following its closure due to the COVID-19 pandemic, many pubs, restaurants and bars began to encourage customers to eat and drink outside. In areas like Newcastle and Gateshead, this meant that many people were drinking next to the Quayside. Unfortunately, on warm days this led to a significant increase in reports of people participating in unsafe activity in the water, such as ‘tombstoning’ and jumping into the water with glasses full of alcohol. Read the case study: Water safety and licensing in Northumbria.

In September 2014 RoSPA was asked by City of York Council to conduct an inland water safety review. This made a number of recommendations to the council on leadership and coordination, including establishing a clear water safety policy, education and campaigns and physical improvements. The full review is available on York council’s website.

The Safer York Partnership published a new Community Safety Strategy which included further work on water safety including establishing an active Water Safety Forum to address the broad issues of water safety and river usage, working with partners to raise awareness of the risks of waterways amongst communities most at risk and engaging with the public, private and voluntary sectors with responsibility for waterways to ensure that they understand the risks and have appropriate mitigation factors to address them.

Elmbridge is a District Council covering a section of the Thames in Surrey. It contains a complex range of water courses, with a variety of landowners who each have their own responsibilities for river safety.

Following a death in the Thames in 2016, Elmbridge District Council decided to draw up a local plan. Officers worked through the Elmbridge Community and Safety Partnership.

The plan, which is currently being finalised, will include:

Hampshire council have worked with the RNLI and the University of Portsmouth to create ‘Stay afloat’ an educational resource for secondary schools suitable for Key stages 3 and 4 (years 8, 9, 10 and 11).

The lesson plan which is published on the website has been designed to raise awareness of key risks including cold water shock and rip currents and advice around actions children can take to get out of trouble in the water.

The University of Portsmouth evaluated the knowledge gained and retained on water safety awareness  and confidence in terms of knowing what to do in an emergency with the results demonstrating that the lesson significantly increased water safety awareness and confidence in pupils, and these benefits were retained for at least six months. A video of the impact the lesson had saving the life of a local teenager is also available online.

Education is an essential part of reducing incidents and fatalities on our waterways and beaches. Durham County Council’s activities illustrate what can be done.

Utilising the locally developed Dying-to-be-Cool water safety campaign, the council has made significant progress with plans to roll out water safety assemblies to all secondary schools in the county. The assemblies include a video, presentations from the education service and the mother of a drowning victim, Cameron Gosling, and a demonstration of rescue equipment and safety advice from the fire and rescue service. Conveying the danger of cold water shock is a key message.

School children also access an annual safety carousel aimed at year 6 pupils. This involves a series of half-hour workshops including road, fire and internet safety as well as water safety. In their first three years assemblies have been delivered to more than 15,000 school children.

The council also invites schools to safety sessions at an outdoor pool which allows pupils to learn lifesaving skills and key messages about cold water shock in more realistic temperatures than found in indoor pools, but under safe controlled conditions.

Going forward, the council is working towards introducing additional age specific water related safety campaigns, including the development of a ‘swimsafe’ initiative – traditionally run at coastal areas – at inland locations which may attract young swimmers.

The aim of the swimming and water safety sessions is to educate children and young people and prevent any other tragedies happening in open water in the future. The campaign ran for two years and the council intend to repeat it following easing of covid restrictions.

The council has also developed some key water safety messages:

In 2020 the RLNI launched a new Local Ambassadors scheme which aims to get local coastal businesses to deliver safety messaging. Volunteers are given basic training and provided with resources including key water safety messages to share via social media channels and posters which they can display.

The scheme was piloted in 2020 and is being expanded with a target of 1000 ambassadors being recruited by summer 2021.

The cliffs from Brighton East are heavily visited with millions of visitors each year and received a lot of media attention in 2017 when a visitor tragically fell to their death when posing for a photo.

Lewes District Council and Eastbourne Borough Council have set up a small task focussed working group on cliff safety. The group has identified key hazards posed by the cliffs and developed a consistent message along the coast supported by a media campaign.

An example of a poster that has been developed to support the messaging.

Council officers and Avon Fire and Rescue have worked to support students from the City of Bath College on a personal safety campaign (#GotYaBack) which was rolled out across all three major educational establishments of Bath College, Bath Spa University and the University of Bath in March 2015.

Councils play a key role in tackling water safety, working with the Fire and Rescue Service, police and RNLI to assess and respond to risks locally. They also play a key role in educating residents about the risks posed by water. 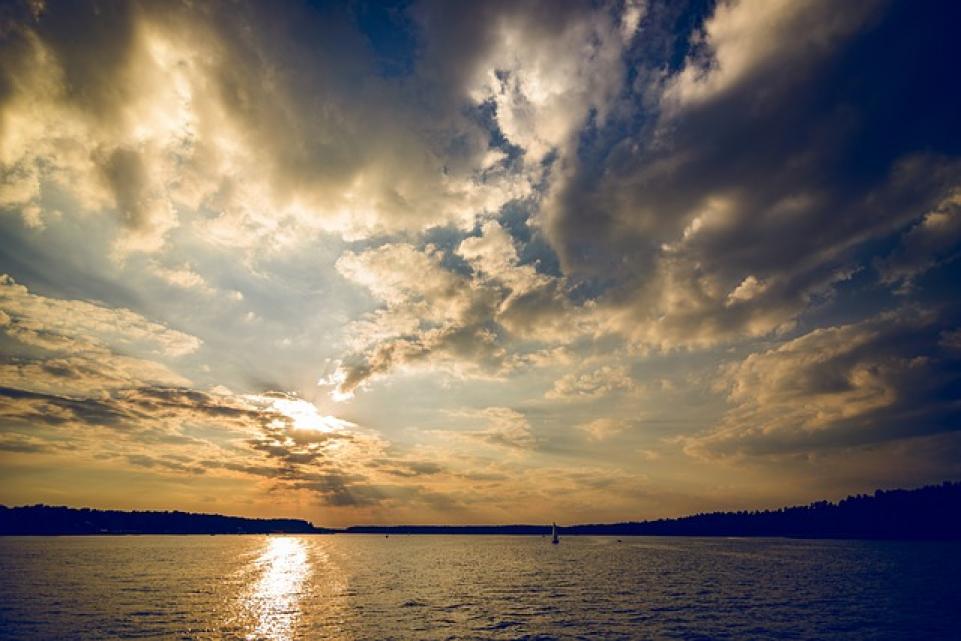 Councils play a vital role in tackling water safety in their area. The LGA has produced a water safety toolkit for councils, to ensure locals and visitors enjoy the natural environment safely whether on the coast or inland.