The number of people using buses in England each year has fallen to its lowest level in a decade – down to 4.45 billion passenger journeys across the country in 2016/17 – council leaders warn today. 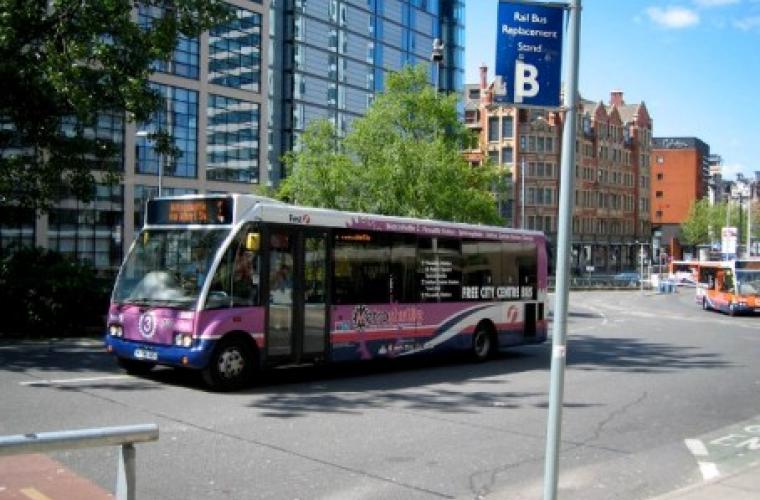 The Local Government Association (LGA) is concerned that the decline in bus passenger journeys could have an impact on increased congestion and poorer air quality in local communities as well as leaving those who rely on the bus network unsupported.

Ahead of the LGA’s Annual Conference in Birmingham next week, council leaders are warning cherished bus services and routes will remain under threat unless councils are given the powers and funding to protect them.

Latest figures show that overall there were more than 75 million fewer journeys across the country in the year to end to March 2017 in comparison to the previous year - a decrease of 1.7 per cent.

We do know however that many elderly people rely on buses as their means of engaging with their wider community.

Councils have a statutory duty to provide free, off-peak, travel for elderly and disabled residents through the concessionary fares scheme. This provides a vital lifeline to some of the most vulnerable residents to help them go shopping, attend health appointments, or socialise.

This concessionary fares scheme has been underfunded for years by central government. New LGA analysis reveals councils are spending £200 million a year to subsidise it at the cost of other discretionary subsidised bus services - such as free peak travel, community transport services and post 16 school transport – and other local services like collecting bins and filling potholes.

As part of a major new report on the future of public services to be launched at its Annual Conference next week, the LGA is calling for the Government to fully fund the concessionary fares scheme and give councils control over the Bus Service Operators’ Grant. This fuel duty rebate, currently paid directly to bus operators, would enable councils to protect vital bus routes, and give them the funding they need to provide an effective and efficient bus service. This has proved effective in areas it has been trialled.

“It is hugely concerning to see such a steady decrease in bus journeys.

“Buses provide a vital service for our communities and a lifeline for our most vulnerable residents to go shopping, pick up medication, attend doctor appointments or socialise with friends. Councils know how important buses are for their residents and local economies and are desperate to protect them.

“It’s nearly impossible for councils to keep subsidising free travel while having to find billions of pounds worth of savings and protect other vital services like caring for the elderly, filling potholes and collecting bins. Faced with significant funding pressures, many across the country are being forced into taking difficult decisions to scale back services and review subsidised routes.

“The way the concessionary travel scheme is funded by Whitehall has not kept up with growing demand and cost. By giving councils control over the Bus Service Operators’ Grant, and properly funding the free bus pass schemes the government could help us support and maintain our essential bus services, reduce congestion and protect vital routes.”

The year-on-year decrease in speed on ‘A’ roads is sourced from the DfT’s latest release on the subject. The average speed on local ‘A’ roads is now 25mph, 1.2 per cent slower than last year, according to this release.

The full agenda and further information is available here