“Government funding has helped keep buses on the road, allowing operators to close the gap between the costs of providing local public transport and the reduced revenues from much lower numbers of passengers than normal" 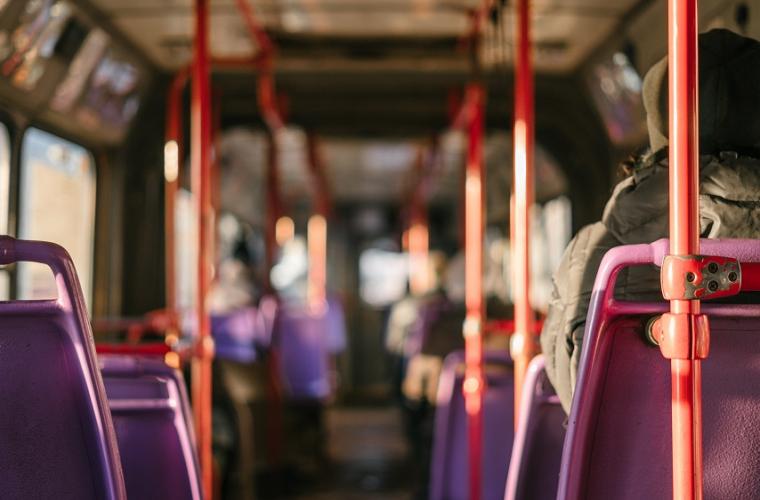 The Local Government Association, ADEPT, Urban Transport Group and Campaign for Better Transport are uniting to call on the Government to urgently extend its Bus Recovery Support Grant when it ends in March, saying that current passenger numbers were still way short of their pre pandemic levels.

The Bus Recovery Grant was introduced by the Department of Transport (DfT) last year, providing operators and local authorities with £255.5 million in funding support due to sharp declines in passenger numbers affecting revenues.

However, the Government are yet to clarify if this emergency measure is due to be extended beyond the end of March, leading to concerns that a significant number of routes will no longer remain viable due to continuing low passenger numbers if it does end.

Latest DfT figures show that current bus passenger numbers outside of London are still 26 per cent lower than they were before the pandemic started, despite the lifting of all COVID-19 related restrictions on movement.

Around 33 per cent of all bus journeys, pre pandemic, were made for commuting purposes. However, with commuting levels predicted to continue to remain below March 2020 levels for the foreseeable future, it is unlikely that bus passenger numbers will bounce back quickly

Councils are calling on the Government to extend this funding support, which will enable operators and local authorities to ensure lifeline routes can stay open and plan for longer term improvements in bus networks. Bus passenger numbers cannot recover if services people were using have disappeared.

This is crucial if the Government is to achieve its ambitions to improve and level up bus transport as part of its ‘Bus Back Better’ strategy announced by the Prime Minister, with a move to ‘London style’ transport networks in cities across the UK and investment in more routes.

“Councils across the country are working with local operators to continue to deliver lifeline bus services despite the pressures of the pandemic. Greater usage of public transport helps to alleviate congestion and reduce harmful emissions in our communities.

“Government funding has helped keep buses on the road, allowing operators to close the gap between the costs of providing local public transport and the reduced revenues from much lower numbers of passengers than normal. Passenger numbers have not returned to those seen before the pandemic and without continued support, it is clear that some routes will no longer be viable and will have to be reduced.

“This will have a devastating impact on people who rely on these services to get to work, visit family and access vital services, including doctors and affordable food shopping.

“Saving bus services is good value for money for the Government and the National Bus Strategy as well as for the Treasury as bringing services and passengers back is harder and more expensive. The Bus Recovery Support Grant must be urgently extended beyond the end of March.”

Silviya Barrett, Head of Policy and Research at Campaign for Better Transport, said:

"Withdrawing funding before passenger numbers have been given a fair shot at recovery would risk losing many services unnecessarily. Buses can have a bright future: they can play a transformative role in tackling inequality and loneliness, cutting traffic and pollution. Extending this vital funding in the short term can give us a greener, fairer transport system in the long term."

“The pandemic and its restrictions have dealt a real blow to bus passenger numbers, which are slowly recovering but not yet near the levels seen before Covid. With this gap in revenue, and without any additional financial support from Government beyond March, we are already beginning to see bus operators signal that some services will be stripped back or cut altogether.

“For the majority of people up and down the country, the bus remains the most used form of public transport. We therefore urge the Government to extend funding support to allow time for patronage to recover further and for local transport authorities to focus their efforts on recovery – otherwise many of our valued bus services risk becoming extinct.”

Mark Kemp, Chair of the Association of Directors of Environment, Economy, Planning & Transport ‘s (ADEPT) Transport and Connectivity Board said:

“ADEPT is very concerned about the potential impact of the premature removal of Covid related bus services support. Government has rightly invested a significant amount of money in supporting bus services during the pandemic and it would be a shame to see some of that benefit lost.

“The publishing of Bus Back Better and the fact that all authorities submitted bids for Bus Service Improvement Grants are evidence of the contribution that buses could make to delivering against the decarbonisation agenda and helping people move away from a reliance on the private car. In addition, the wellbeing value of services that enable those who cannot afford a car to get to work, visit the hospital or just see friends and family should not be underestimated. We hope that Government will review its current position and find a way to support the bus community over the next 12 months.”

The Local Government Association are a cross party organisation representing nearly 350 councils in England and Wales.

Statistics on reasons for bus journeys can be found in reports from Transport Focus.