"Councils and combined authorities – who know their communities best – want to be front and centre in ensuring everyone has the chance to learn new skills and find work, in good jobs needed by local businesses, in the places where they live.” 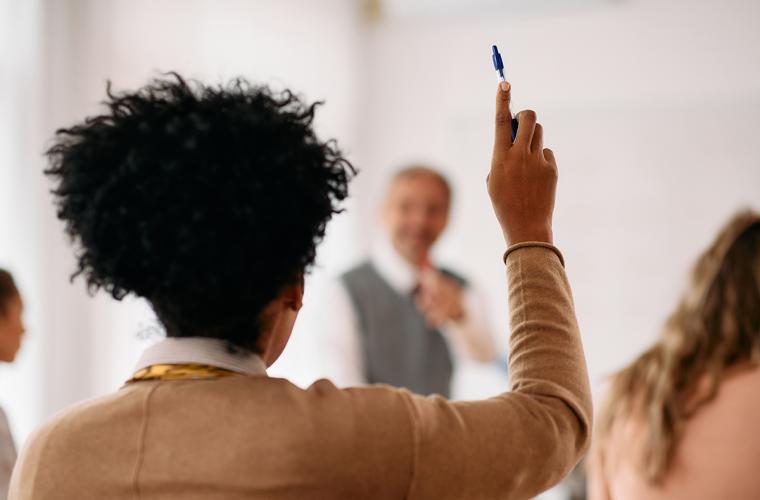 The growing jobs crisis in parts of England could be swiftly solved if more powers were devolved to councils, according to the Local Government Association, after new research found that two jobseekers are chasing every one vacancy in a third of the country.

In a new publication today, 'Work Local – Unlocking talent to level up', the LGA sets out how more targeted support, coordinated by councils and combined authorities, is needed to match employers with jobseekers, engage those have left the jobs market, and ensure sufficient skills training is in place to meet necessary demand. Such a move would also help to reduce the growing cost of living crisis and help more people into work.

The LGA is calling on the Government to urgently give the necessary powers to councils and combined authorities, who are on the ground in their local areas and know their employers and residents, with the clear message that Whitehall cannot fix the problem alone.

In England, 49 national employment and skills-related schemes or services are managed by multiple Whitehall departments and agencies, delivered over different boundaries by various providers. While these are well-intended, they are disconnected from one another and too short-term, with no single organisation responsible for coordinating this locally.

This fragmented, centrally-held funding could instead be better used by democratically elected local leaders, working with partners on the ground, to effectively target and level up local areas by joining up provision for learners, unemployed people, career changers and businesses, making this investment greater than the sum of its parts.

Analysis from the Institute for Employment Studies using real-time vacancy data from Adzuna and commissioned by the LGA, also shows:

The LGA, which represents councils across England, says it is crucial we equip people with the right skills to fill vacancies, as well as encourage those who left the jobs market as a result of the pandemic back into the workforce.

Due to the wide variation within regions and not just between them, the LGA says this proves why locally-led solutions are needed to fix our national employment and skills challenges.

It comes ahead of latest official figures to be published today which are expected to show unemployment has continued to fall to levels last seen in the 1970s, in contrast to a record number of vacancies, highlighting how many people have dropped out of the labour market altogether. This is due in part to the impact of COVID-19, but also reflects the mismatch between the types of roles available in different areas and those with the necessary skills and qualifications to fill them.

Cllr Kevin Bentley, Chairman of the LGA’s People and Places Board, said:

“Our economy is changing rapidly and a record number of vacancies alongside large falls in people in the workforce have combined to create the tightest jobs market in our lifetimes.

“These changes are not being felt equally across the country, with too many people battling for fewer jobs in some areas while in others, employers are crying out for skilled workers to meet demand.

“The Government’s ‘one size fits all’ national approach to employment and skills is no longer fit for purpose. Levelling up should mean adapting support to local needs, making it more personalised and joined-up for people seeking work, while recognising the wide variations not just between different parts of the country, but also within them.

“No area should be left behind. Councils and combined authorities – who know their communities best – want to be front and centre in ensuring everyone has the chance to learn new skills and find work, in good jobs needed by local businesses, in the places where they live.”

Adzuna is one of the UK’s largest job search engines and supply the real-time vacancy data used in the ONS’s faster indicators series.

ONS Labour market overview for the UK, April 2022 (next publication 17 May)

IES Briefing: Labour market statistics, April 2022: Despite record vacancies, there are now as many vacancies as there are unemployed for the first time in at least 50 years.

Work Local is the LGA's positive vision for an integrated and devolved employment and skills service. It would give democratically elected local leaders the powers and funding to work with partners to join up careers advice and guidance, employment, skills, apprenticeships, business support services and outreach in the community.

Read the LGA’s Work Local – Unlocking talent to level up publication, to find out how we can build on the Levelling Up White Paper to draw together a coherent framework for employment and skills devolution, and our recommendations to Whitehall of how to improve the current system for all places.