Councils: displaying food hygiene ratings must be made mandatory after Brexit

“The conversion of EU law as part of Brexit will impact on many council services that affect people’s day-to-day lives, including how to protect people from being served unsafe food." 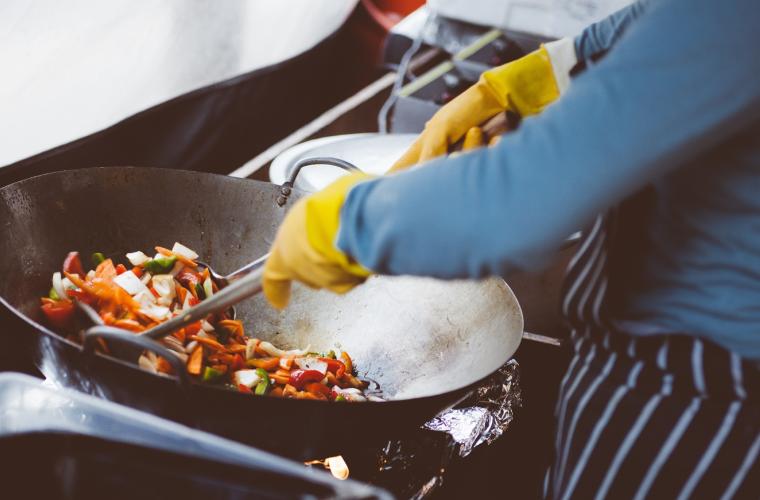 All food premises in England should be forced to display ‘Scores on the Doors’ ratings when EU laws governing food safety are converted into UK law after Brexit to improve hygiene standards and protect people from harm, the LGA urged today.

Council environmental health teams score food outlets from zero to five based on factors such as kitchen cleanliness, cooking methods and food management.

Businesses in Wales and Northern Ireland are legally required to display their rating. However, in England, businesses do not have to display the rating they have been awarded, with those scoring low marks much less likely to put them on show to customers.

The Government has set out its intention to convert EU law into UK law on the day we leave the European Union. With EU laws impacting many of the council services that affect people's day-to-day lives, the LGA said councils must play a central role in deciding whether to keep, amend or scrap them.

But the LGA wants the Government to see Brexit as an opportunity to strengthen these food safety laws and empower councils by legally extending the mandatory display of ‘Scores on the Doors’ to England. This would not only improve consumer confidence and raise standards, but also reduce the need for, and therefore cost of, enforcement action by councils.

The LGA believes that businesses - including restaurants, pubs, cafes, takeaways, sandwich shops, supermarkets and delicatessens – that fail to comply should be fined or prosecuted.

“The conversion of EU law as part of Brexit will impact on many council services that affect people’s day-to-day lives, including how to protect people from being served unsafe food.

“The post-Brexit review of EU laws gives the Government choices. We believe that food hygiene laws need to be strengthened, where necessary, with ‘Scores on the Doors’ ratings being a good area of opportunity to do this.

“With mandatory hygiene rating display already in force in Wales and Northern Ireland, the UK leaving the EU provides a crucial opportunity to toughen up food safety laws by extending the legislation to England as well. Food hygiene standards and compliance levels have risen since the scheme was introduced in Wales.

“The lack of a hygiene rating sticker in a business means customers are left in the dark on official kitchen cleanliness levels when eating or buying food there.

“A food hygiene rating distinguishes between appearance and reality. A food outlet may have nice décor but that doesn’t mean that hygiene standards are good enough to avoid being served a ‘dodgy’ burger or salad that could pose a serious risk to someone’s health.

“Councils have seen some shocking examples of poor or dangerous hygiene and always take action to improve standards at rogue food premises.

Making the display of hygiene ratings compulsory in England is good for business. Not only would it incentivise food outlets to improve or maintain high hygiene standards - which would reduce the risk of illness for customers - it would also improve consumer confidence and save taxpayers’ money by reducing the need for, and cost of, enforcement action by councils.

In a separate prosecution by the council, the owner of a “cash and carry” was fined £4,550 after bite marks, excrement and urine was found on chocolate bars on sale due to a rat infestation.