“The Government needs to be bold in the solutions it puts forward but it is incumbent upon politicians of all colours to cooperate and be part of a wider movement for change in the national interest.”

The Government must make the case for national tax rises - including to either Income Tax and/or National Insurance - to secure the long-term future of adult social care services, council leaders say today.

At the National Children and Adult Services Conference which starts in Manchester today, the Local Government Association is publishing its response to its social care green paper consultation, setting out findings, implications and recommendations. The LGA launched the consultation on the future of adult social care and how to fund it in the summer following a further government delay to its own.

The LGA received more than 540 submissions to the consultation from across the general public, people who use services, councils and countless other interested and significant organisations.

Years of significant underfunding of councils, coupled with rising demand and costs for care and support, have combined to push adult social care services to breaking point.

Over this time, the response from different governments has been piecemeal and incremental handouts to try and stave off the worst consequences of underfunding. In parallel, efforts to fundamentally resolve the question of long-term funding for care and support have repeatedly failed. The LGA is now calling on the Government to abandon this short-term incrementalism and make the case for national tax rises so that current and future generations can be confident they will have the care and support they need to live the life they want to lead.

Over recent years, councils have protected adult social care relative to other services. The Government has provided helpful extra funding to tackle some of the immediate pressures facing these vital services. But the scale of the overall funding picture for local government as a whole means adult social care services still face a £3.5 billion funding gap by 2025, just to maintain existing standards of care.

This is leading to an ever more fragile provider market, growing unmet and under-met need, further strain on informal carers, less investment in prevention, and continued pressure on an already-overstretched workforce.

The LGA’s green paper started a debate across the country about how to fund the care we want to see in all our communities for adults of all ages and how our wider care and health system can be better geared towards supporting and improving people’s wellbeing.

The final report summarises the range of responses, including an overwhelming recognition of the importance of adult social care in its own right and an equally strong consensus that the system is unsustainable in its current form and underfunding is having serious consequences across the board. The report also puts forward a number of recommendations that the Government should focus on in its own green paper, including:

Polling by Britain Thinks, commissioned by the LGA as part of its green paper, found that support for an increase in National Insurance was the most popular with the public of the options put forward with 56 per cent of people in favour, while only 18 per cent opposed the measure.

“Work to find a long-term funding solution for adult social care has been kicked into the long grass by successive governments for the past two decades and has brought these vital services to breaking point.

“That is why the LGA took action and launched its own adult social care green paper to start the desperately-needed debate around the future of care. The responses we have had make it clear beyond doubt that there is universal agreement that the current situation is unsustainable and is failing people on a daily basis.

“People have a right to live the life they want to lead and high quality adult social care and support plays an essential role in this. It is also vital to society. It strengthens communities, reduces pressures on the NHS, supports around 1.5 million jobs and contributes as much as £46 billion to the UK economy.

“The Government must use its upcoming green paper to make a serious case for national tax rises including either increases to Income Tax and/or National Insurance to provide long term sustainability for the vital social care services that are central to helping people to live fulfilling, independent lives.

“Now is the time for answers. And every day that is spent further defining the problem and consulting on changes that only really tinker at the edges of the debate, is another day in which people’s lives are not being lived to the full.

“The Government needs to be bold in the solutions it puts forward but it is incumbent upon politicians of all colours to cooperate and be part of a wider movement for change in the national interest.” 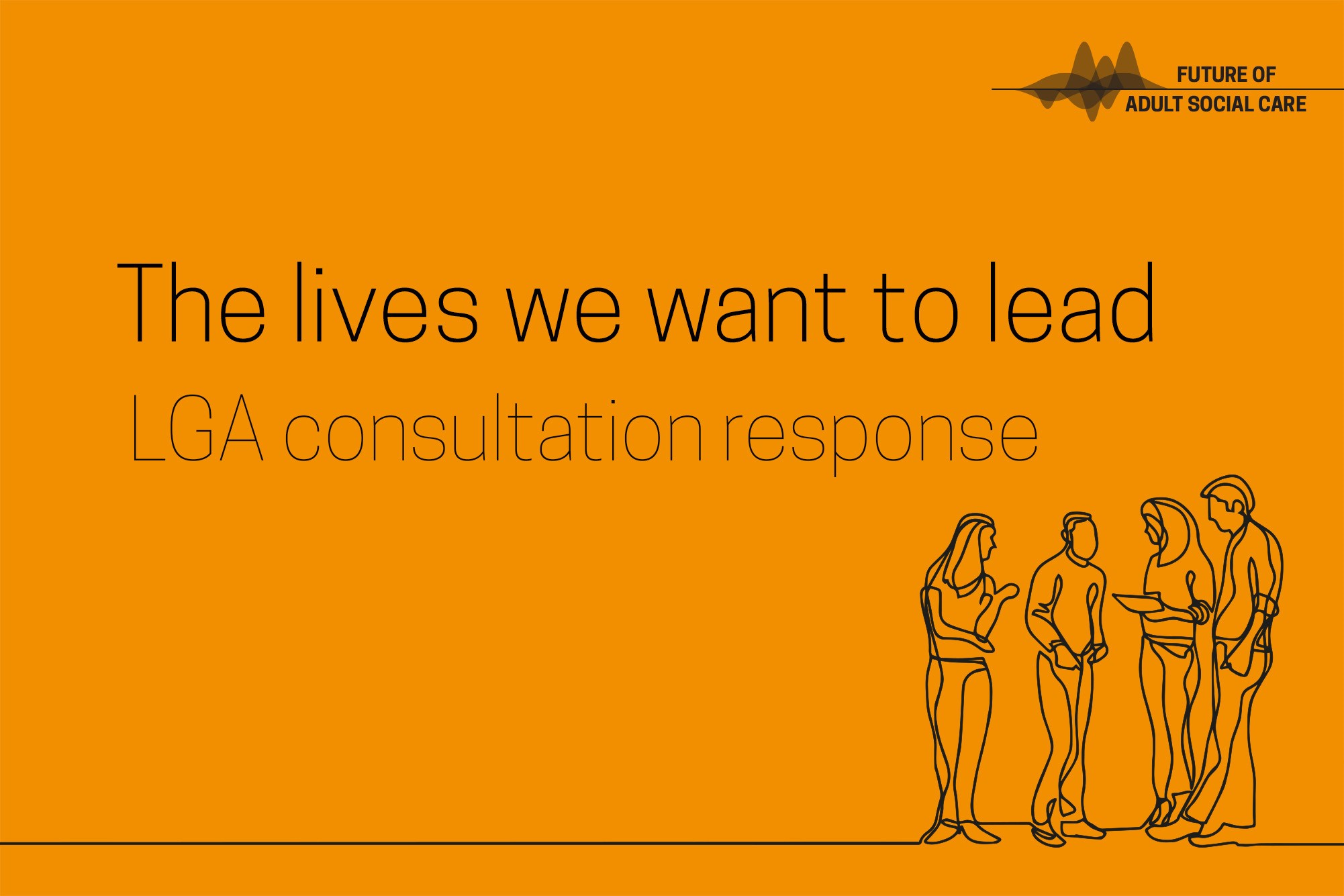 Findings, implications and recommendations on the LGA green paper for adult social care and wellbeing.